Nearly a month after its debut in China, the Xiaomi Mi Band 7 Standard Edition officially went on sale in the global market.

Nothing changed in comparison to the Chinese version. Thus, the Mi Band 7 weighs 13.5g and is equipped with a 1.62-inch screen. Its viewing angle is increased by 25%. So we can say that it is the largest screen on the Mi Band so far. The AMOLED panel has a resolution of 490x192px and supports Always On Display (AOD). Another new feature is automatic SpO2 blood oxygen tracking, which will notify the user if the user’s blood oxygen level falls below 90%.

The Mi Band 7 supports a rated battery life of 14 days and charges via the same two-pin magnetic charger. 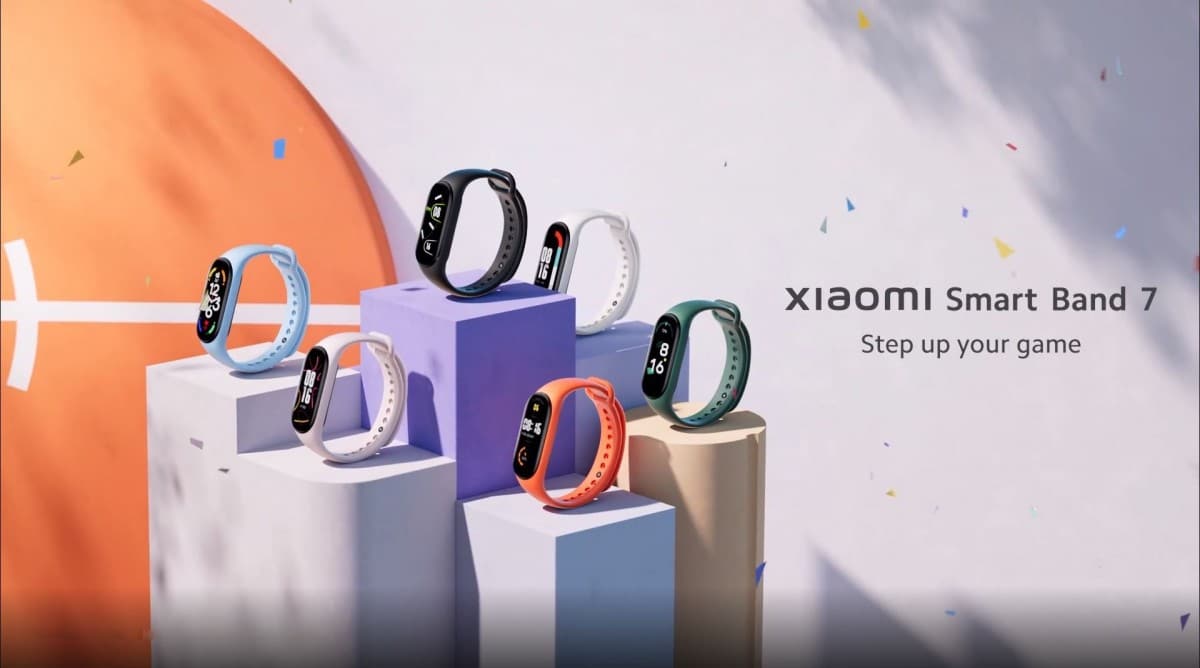 Our protagonist also offers more than 100 watch faces and more than 110 auto-detected motion modes. In terms of health tracking, it supports 24/7 heart rate monitoring as well as sleep and stress tracking. Also, there is a women’s health tracking feature. It is 5ATM water resistant and can be freely used when swimming and provide corresponding tracking functionality.

The NFC version won’t go on sale outside China, remaining exclusive to the local market. But there have been some rumors as Xiaomi is partnering with Mastercard to enter the global market.

By the way, not that long ago, we learned that 3 weeks after its launch, the company has managed to sell over 1 million units in China. This is another hint at the popularity of this smartband.

Anyway, the Xiaomi Mi Band 7 is available in a variety of colors, including black, blue, ivory, orange, olive, and pink, as well as a variety of camouflage, and cool fluorescent silicone straps to choose from.

The Xiaomi Mi Band 7 global version is priced at 59.99 euros. Customers in Western Europe can already place an order, while users in other regions will have to wait longer to purchase.