Yesterday, Realme officially announced the “Realme Flash” model, and revealed that it will be Android’s first magnetically-absorbing wireless charging phone.

However, although the machine has been promoted for a long time, the official has not yet announced specific information about magnetic wireless charging, including information such as charging power. 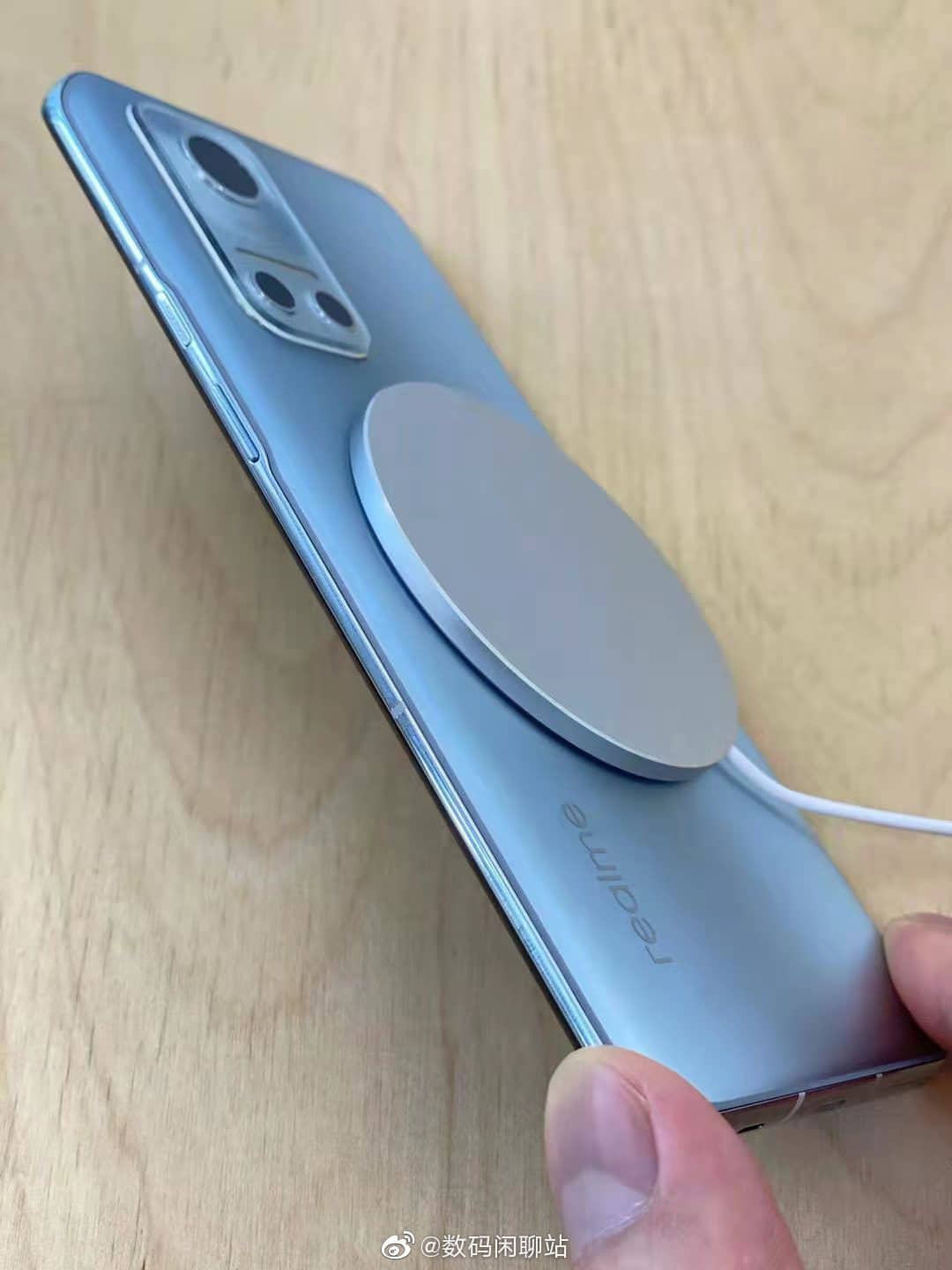 Today, a Weibo tipster showed the real photos of the Realme Flash. The magnetic wireless charger on the back is very eye-catching. The is the rumored ultra-thin wireless charger. Compared to the iPhone 12, the charger is thinner and lighter.

It is worth mentioning that the Realme Flash’s 15W charging test results are very good, and it can basically run at full 15W charging power. 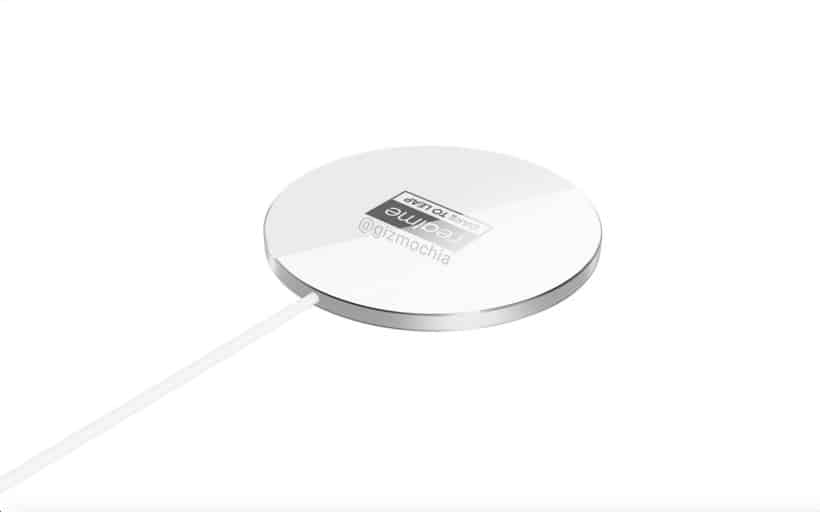 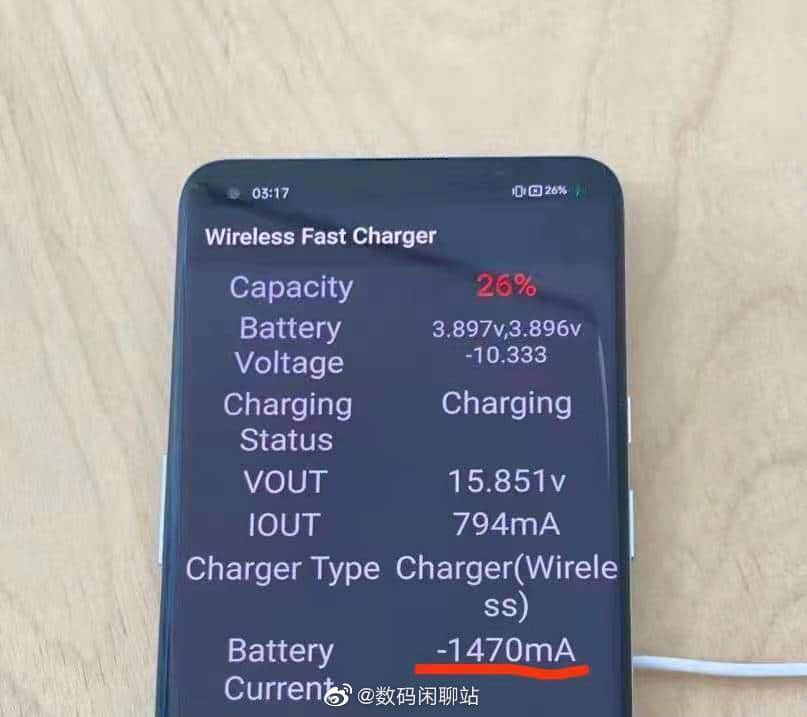 In addition, a blogger also exposed the Realme Flash magnetic fast charging test video, which showed an official MagDart magnetic charger. The latter can output a maximum of 50W fast charging power for mobile phones. It also comes with a cooling fan, which effectively reduces heat generation and guarantees fast charging throughout the process.

According to the test results, this MagDart fast charge charger can quickly charge the mobile phone at about 35W, charging from 18% to 26% in three minutes. The charging speed is even higher. With an active cooling fan, it can easily achieve the effect of charging while playing. 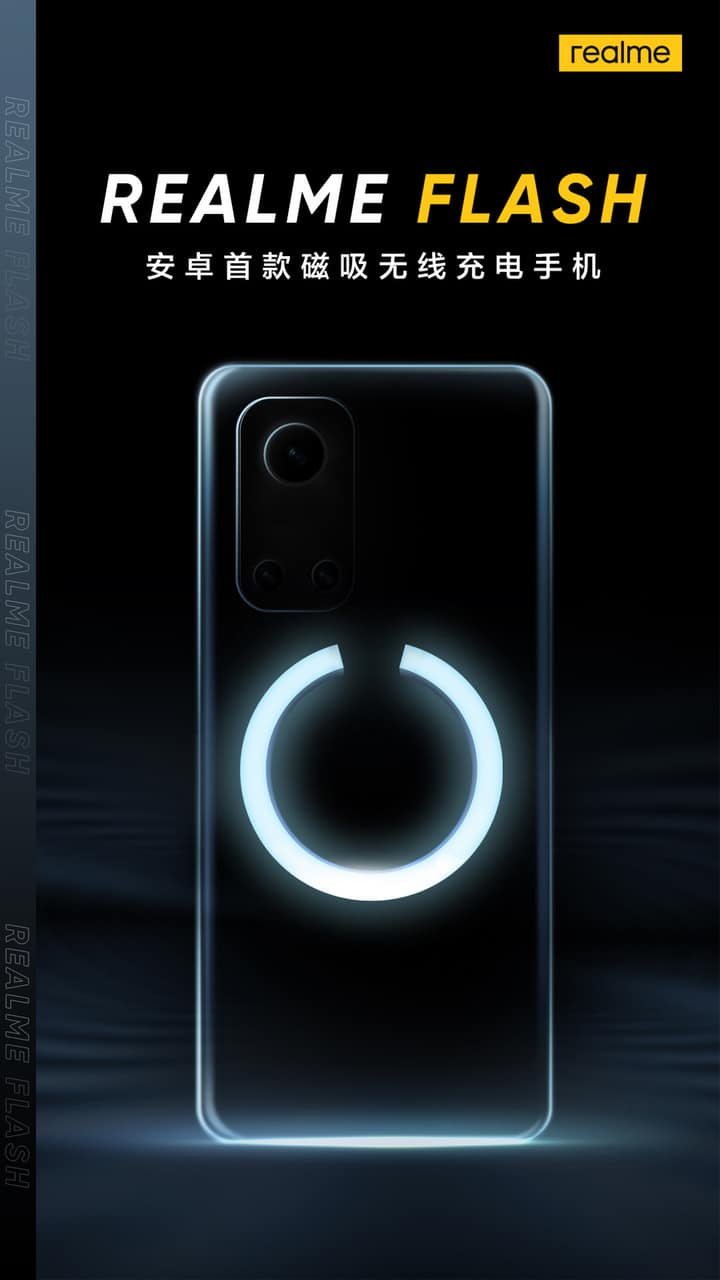 This is one of the first attempts. But we are sure if users like it and this technology justifies itself, more manufacturers will bring their own models. Also, we should keep in mind there is another innovative charging technology called air charging.