This week, Google previewed two new phones, the Pixel 6 and the Pixel 6 Pro. They are expected to be officially released on September 30.

In addition to its unique appearance, another highlight of the Pixel 6 is the so-called self-developed Tensor SoC. Although the series does not use the Snapdragon 888, Snapdragon 870, or other top-end chips, Google still emphasizes that this is the most powerful Pixel phone so far.

However, Galaxy Club said that the body of the Tensor SoC actually uses an unreleased CPU from Samsung, namely Exynos 9855, which shares the Whitechapel R&D code name.

The Exynos 9855 looks a little weird. But when telling that Samsung S21’s Exynos 2100 uses the Exynos 9840 internally, users should understand the relationship.

In fact, there was news last year that Samsung is developing two high-end processors. And, these two processors designed with internal part numbers Exynos 9855 and Exynos 9955. The Exynos 9955 has an integrated AMD GPU and will be out at the end of this year. 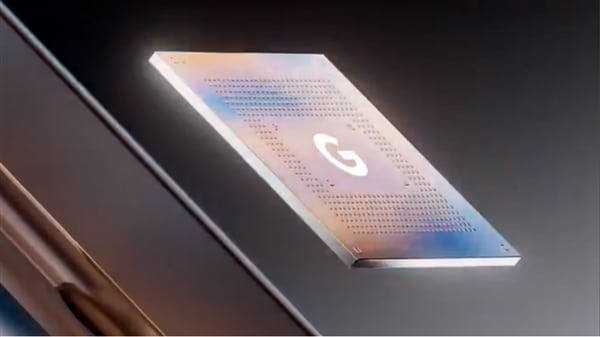 If the news is true, then Tensor SoC must be Samsung’s full power foundry. It is said to use a 5nm instead of 4nm.

However, this also seems to make Google a little bit “selling dog meat”. We guess that the Google team should have moved the CPU, GPU, baseband and other parts of the Samsung Exynos 9855. But the ISP, DPU and other modules that are closely related to AI should be their own development. After all, “standing on the shoulders of giants” saves money and effort.