Though in the smart wearables market Apple has no equals, when it comes to the smart bands, Xiaomi leads the niche. Today, the first-tier China-based company announced that it had shipped more than 1 million Xiaomi Mi Band 7 fitness trackers. You might think there is nothing odd with this statement, but the thing is that this smartband has been launched less than a month ago. 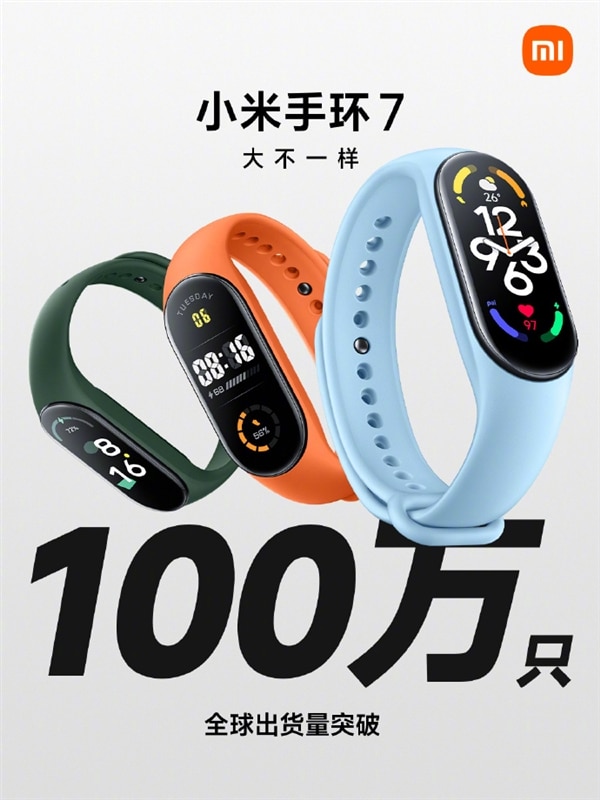 In comparison to the Xiaomi Mi Band 6, the Mi Band 7 has got tons of improvements. For instance, it uses a 1.62-inch AMOLED display. Its visible area has increased by 25%. This also allowed the company to overhaul the system. Everything in this smartband is new, including icons, dynamic effects, etc. But this is not a matter of design only. The new appearance greatly enhances your experience of getting information from the bracelet.

In terms of sports monitoring, the Mi Band 7 supports four professional sports data analyses and provides all-around sports guidance. The sports mode has been increased from 30 to 120. We are dealing with a fitness tracker, so it’s reasonable that it will provide health monitoring features, including continuous blood oxygen monitoring. 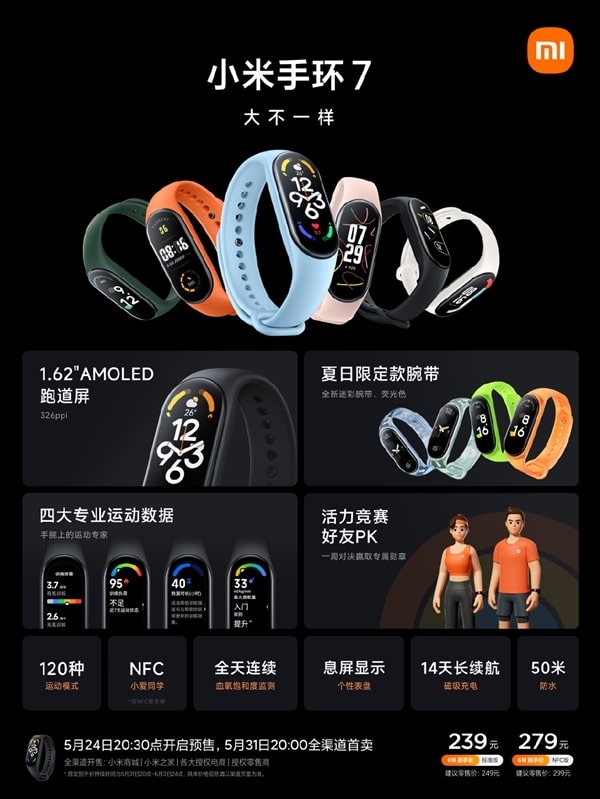 There are also 100 free dials. They can be ideally matched with straps. By the way, the Mi Band 7 offers 6 kinds of colorful wristbands. Plus, the wearable debuts a cool camouflage wristband as well as the fluorescent wristband.

All previous models of the Xiaomi Mi Band series have been performing quite well. So this is not surprising that the Mi Band 7 sells well. But it’s a new record to ship 1 million units in just three weeks.