Xiaomi is among those brands that will launch Snapdragon 8+ Gen 1 smartphones. Honestly, it won’t be the first but it will be among the firsts. We already know that one of the first models powered by this chip and under this brand will be the Xiaomi Mi 12 Ultra. Apart from this model, Xiaomi will also bring the Xiaomi Mi 12S. Thus, the latter is going to be the next flagship phone using Qualcomm’s latest chip. By the way, the major modification of this SoC is the switch to TSMC’s 4nm process node. 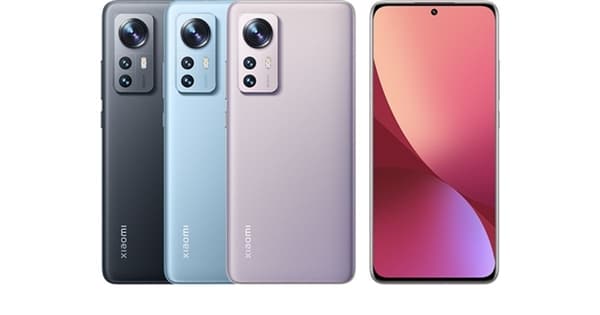 Today, from various sources, we learned that the upcoming Xiaomi Mi 12S with model number 2206123SC has appeared in the GeekBench 5 database. As we can see, the single-core score is 1328, whereas the multi-core score is 4234. The processor has a maximum frequency of 3.19GHz, which is close to the theoretical 3.2GHz clock speed. Also, we can see that the tested machine has 12GB RAM and runs the Android 12 system. 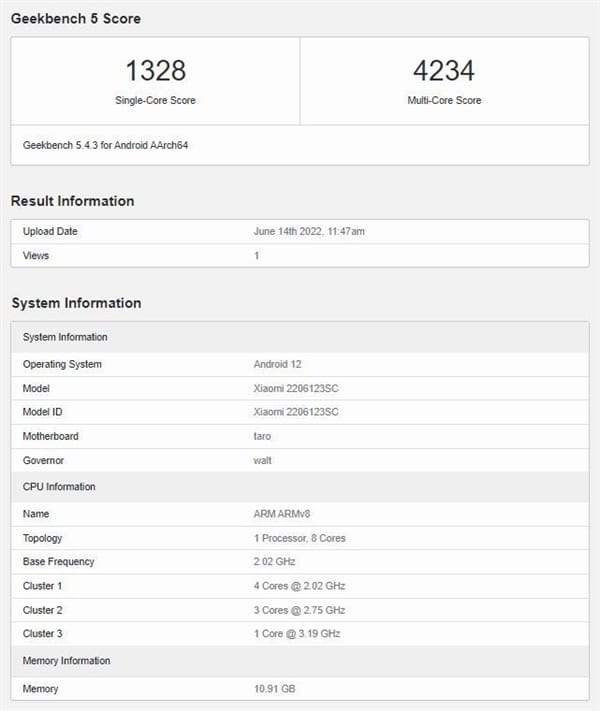 Much earlier, we see the phone pass 3C certification. From the latter, we learned that the Xiaomi Mi 12S will support a 67W fast charging. Thus, it has the same charging speed as the higher-end Mi 12S Pro. Other expected features include a 120Hz AMOLED display, a 50-megapixel primary camera on the rear, and possibly Leica branded lens for the rear cameras.

Well, if for the Xiaomi Mi 12 Ultra, the selling point will be the camera, this is not so simple for this handset. We mean, of course, inside, the device carries a top-notch chip and it is going to come with a decent list of specs. But it’s difficult to understand its positioning and its direct rivals. Anyway, there is an assumption that our protagonist will be a cost-effective model powered by the Snapdragon 8+ Gen 1.