Google Tensor vs Qualcomm Snapdragon 888 Plus

What is Google Tensor?

It is Google’s new – and first – system-on-a-chip (SoC) processor. While Google made computers, Pixel Pixelbook Go, and smartphones, Google Pixel before, this is its first SoC. Google has, however, made machine learning (ML) processing chips, called Tensor Processing Units (TPU), for its data centers, since 2017.

What will Google Tensor do?

Google said Tensor will improve photo and video processing. It will also help power up like voice-to-speech and translation software. Google also claimed that Tensor will perform new tasks such as translating between languages in real-time and making still photos even when the subjects – usually our grandsons – are moving.

While Tensor will also use Google’s cloud resources, it will allow the phone to process more information on the device instead of having to send data to the cloud. 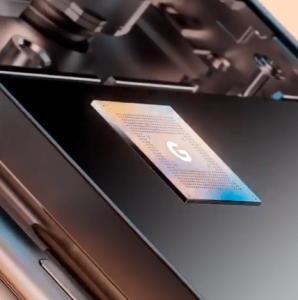 It appears that it will be an 8-core, five-nanometer, ARM-powered chip. Google co-developed Tensor, code name Whitechapel, with Samsung. If that is true, and we feel reasonably certain it is, Tensor will share some characteristics with Samsung’s own ARM Exynos chips.

The Tensor chip feature the Mali-G78 GPU based on ARM’s Valhall architecture. This is the same GPU used in the Exynos version of Samsung’s Galaxy S21 series. While Samsung used the 14-core variant of Mali-G78 GPU for the Galaxy S21, it remains to be seen how many cores Tensor’s GPU will have. We have already seen Huawei offer the Mali-G78 GPU with 24 cores on the Kirin 9000 chip in its mobile devices.

AI & ML are two core areas where the Google Tensor chip is likely to shine. According to the company, you could expect improvements in camera (especially video), speech recognition, voice commands, translation, captioning, and dictation. One practical use-case Google is pointing out in its blog post is how the Tensor chip could help the Pixel 6 capture better images of moving subjects. 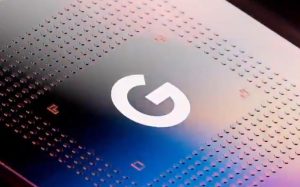 Moreover, Google invited some publications for a hands-on session with the Pixel 6 series and demoed some of the device’s AI capabilities. First, let’s talk about the photo and video perks. Pixel 6 will enable you to sharpen blurry images and record challenging HDR videos with ease, thanks to the Tensor chip. The company compared an HDR video shot from the Pixel 6 with Pixel 5 and iPhone 12 Pro Max, and as per hands-on sessions, Pixel 6’s video looked the best. Other demos showed off the text-to-speech and live caption capabilities of the device, which are now more accurate and faster due to the Google Tensor chip.

Yes, Google is building in more security than ever in Tensor. Coming to the security aspect, the Tensor chipset features the new Titan M2 security chip. With Titan M2, Google says that the Pixel 6 will have the most layers of hardware security in any phone. That is based on a count of independent hardware security subsystems and components.

Since Google is yet to officially reveal any details about the Tensor chip, including the benchmark scores, we don’t know the benchmarks scores of Tensor just yet. However, what we do know is that Google’s custom chip allegedly matches the performance of Snapdragon 870, according to tipster Max Weinbach. So, we can make a good guess of where the Tensor chip will stand among its rivals.

The Snapdragon 870 chipset aboard the OnePlus 9R scores 674,104 points on AnTuTu benchmark, and that should be close to the benchmark score of Google Tensor. That iss lower than the 842,168 score you get on the Red Magic 6 powered by the Snapdragon 888 chipset, but higher than the 617,694 score of Apple’s A14 Bionic chip on the iPhone 12 Pro Max. Of course, these benchmarks also depend on other specifications of the device and should be taken with a grain of salt.

What does “Tensor” mean? 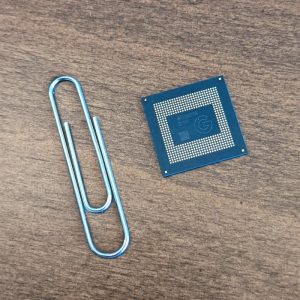 Which devices will be Google Tensor-powered?

The first will be Google’s forthcoming Pixel 6 and 6 Pro smartphones. Unlike earlier Pixel models, these are designed from the chip up to be high-end smartphones. Rumor has it that, soon after, Tensor chips will appear in Google’s next-generation PixelBooks.

When can we expect to see Google Tensor-powered devices?

This autumn, likely in October, Google will release two new Pixel phones: Pixel 6 and 6 Pro. They will be premium-priced phones powered by Tensor, making them the first devices to launch with Google’s in-house SoC. We are assuming more Google devices will get Tensor, or versions of it, down the line.

So, you will see them by the fourth quarter of 2021. So, if you want a new, powerful Pixel phone under your Christmas tree, Hanukkah bush, or any other holiday greenery of your choice, you will be in luck. 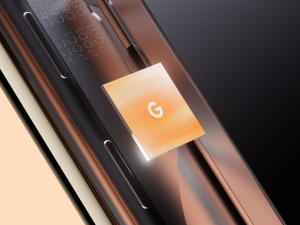 So, that is everything we know about the Google Tensor chip at the moment. As you can see, Google has chosen to remain tight-lipped about the specifics of Tensor, making us rely on past leaks and rumors. We will have to wait until later this fall to learn all the exact specifications of Tensor. Until then, go on and read about Snapdragon 888 Plus.

The Qualcomm Snapdragon 888 Plus SoC has been announced for flagship phones at MWC 2021. The new processor is a slight upgrade to the Snapdragon 888 SoC and it offers an increased Qualcomm Kryo 680 CPU Prime core clock speed at up to 3.0 GHz and is equipped with the 6th-generation Qualcomm AI Engine with up to 32 TOPS (Tera Operations Per Second) AI performance, that the company claims is more than 20 percent improvement. Apart from this, the new Snapdragon 888 Plus SoC is pretty much the same as its sibling that was launched last December, and the new model looks to power new flagships launching in the second half of 2021. 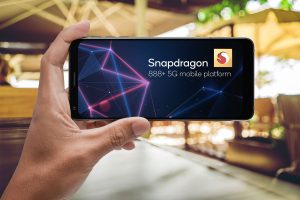 The big difference is that the Snapdragon 888 Plus SoC has a Kryo 680 core clock with the speed boosted to 2.995GHz. The sixth-gen Qualcomm Hexagaon 780 AI processor can now deliver 32 TOPS instead of 26 TOPS on the regular Snapdragon 888 SoC. Apart from this, everything else pretty much remains unchanged. Qualcomm Snapdragon 888 Plus has an Adreno 660 GPU and a Snapdragon X60 5G modem with 7.5Gbps top DL speed. The Qualcomm FastConnect 6900 enables the latest Wi-Fi standards for fast speed download. The San Diego chip company announced the Snapdragon 888 Plus chipset with a 3GHz prime CPU core and improved AI Engine, which now performs 20% better.

Qualcomm’s Snapdragon 888 Plus has a Spectra 580 ISP that enables triple concurrent capture with parallel processing at up to 2.7 gigapixels per second. It is able to capture three 28-megapixel photos or three 4K HDR videos at once, capture 120 fps burst photo at 12-megapixel, offer AI-based auto-focus and auto-exposure, and a new low-light architecture that is claimed to help capture brighter photos, even in near-darkness. The chipset also brings 10-bit color depth in the HEIF format for capturing vivid colors. 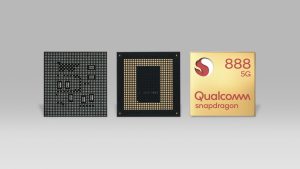 Snapdragon 888 Plus supports full suite of Snapdragon Elite Gaming features that include Variable Rate Shading for faster graphics performance and Qualcomm Game Quick Touch for increased display responsiveness. The chipset also offers Quick Charge 5 support that claims to fully charge a phone in less than 15 minutes. Connectivity options include up to Wi-Fi 6E, Bluetooth v5.2, and NFC. Further, the chipset includes support for GPS, GLONASS, BeiDou, Galileo, QZSS, NavIC, and SBAS. Snapdragon 888 Plus supports up to 4K display at 60Hz or QHD+ at 144Hz. It also supports HDR and HDR10+ standards.

What are the Snapdragon 888 Plus’s specs?

Like previous ‘Plus’ versions of Qualcomm’s chipsets, the 888 Plus uses essentially the same 5nm hardware as the Snapdragon 888, but has upclocked the CPU and AI cores to enhance performance.

The Kryo 680 CPU returns, but the prime Cortex-X1 core is now clocked at 2.995GHz (which Qualcomm is rounding up to 3GHz), up from 2.84GHz in the previous generation.

Meanwhile the AI Engine has seen an even bigger boost, with around 20% improvement over the 888. It now delivers 32 TOPS (trillions of operations per second), up from 26 TOPS just six months ago.

All the chip’s other specs remain unchanged, from the Adreno 660 GPU to the Snapdragon X60 5G modem that’s integrated into the chip. Wi-Fi 6E, Bluetooth 5.2, and Qualcomm Quick Charge 5 also remain the same, as does the chip’s camera capabilities.

Are there any 888+ benchmarks?

While Qualcomm hasn’t released any official benchmarks for the 888 Plus, one leak ahead of the launch did give us an unofficial look at the chip’s performance on Geekbench 5 – and crucially it included the 3GHz core chip, so it looks like it’s legitimate.

The actual benchmark score shows a pretty modest jump though. The multi-core score of 3704 is above the average we have seen for 888 phones, but actually below the best numbers we have seen – the Vivo X60 Pro+ clocked in at 3781 when we tested it. 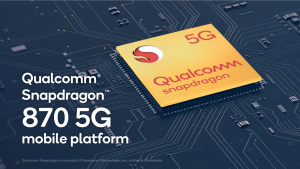 Of course, RAM and other factors contribute to the score, so it’s still likely that on the whole the 888+ will surpass the 888 in core performance, but don’t expect a huge leap.

Before the 888 Plus was announced we would heard conflicting names for Qualcomm’s upcoming chip.

For one, early leaks referred to the 888 Pro rather than the 888 Plus. This is most likely just a case of different potential names for the same chip, but it is possible that the Pro is a separate chip.

We first heard the Snapdragon 888 Pro name from tipster Digital Chat Station, who shared via Weibo word of the 888 Pro’s existence (machine translated via Twitter below):

Snapdragon 888 pro domestic manufacturers are also testing, q3 will have models, and may not be exclusive overseas like last year. Is it the x1 super-large nuclear booster or the improvement of the process?

These two could specifically be targeted at Huawei. The company’s inclusion on a US trade blacklist forbids it from buying 5G technology from US manufacturers, but it is allowed some 4G and Wi-Fi components.

That means that if Qualcomm made a Snapdragon 888 4G then Huawei could theoretically use it to power the upcoming P50 series, expected to be revealed in full this summer.

Google Tensor vs Snapdragon 888 Plus

To sum everything up, let’s take a quick look at how the upcoming Google Tensor chip compares to the flagship Snapdragon 888 plus chip.