In 2014, Apple began working on “Project Titan,” with upwards of 1,000 car experts and engineers developing an electric vehicle at a secret location near the company’s Cupertino headquarters. Over the course of the last several years, internal strife, leadership issues, and other problems impacted the car project and 2016 rumors even suggested Apple shelved plans for a Apple car. But the most recent information indicates Apple has overcome development problems and is moving forward with plans to develop a consumer-facing autonomous vehicle. 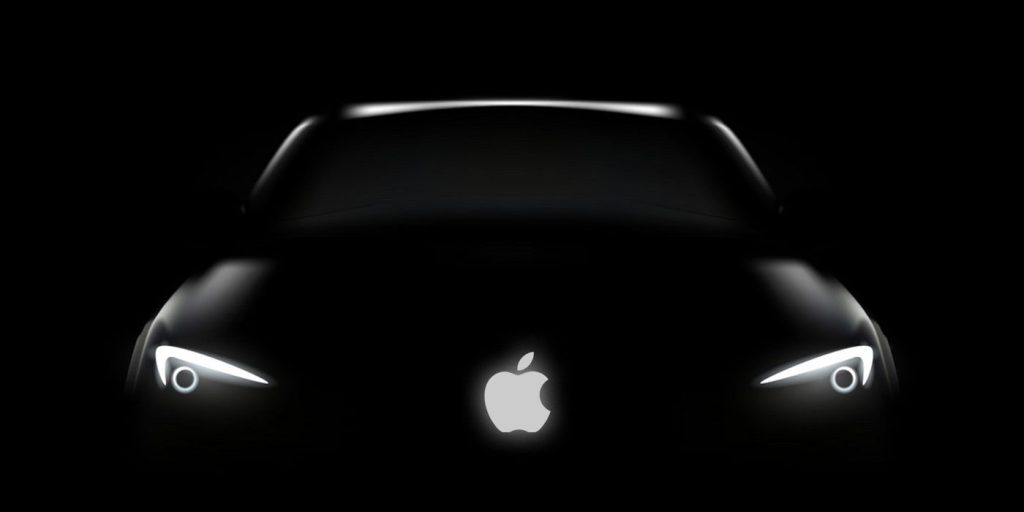 In December 2020, sources said that Apple is indeed still working to launch a car. And right now, plans to release a vehicle in three to six years. Reuters has said Apple is aiming for 2024, but Apple analyst Ming-Chi Kuo believes a car won’t launch until 2025 to 2027 at the earliest.

On the evening of March 30, 2021, Xiaomi Group issued an announcement on the Hong Kong Stock Exchange, announcing the establishment of Xiaomi’s smart car business. The announcement shows that the company’s board of directors has approved the establishment of the smart electric vehicle business. And a wholly-owned subsidiary will be established for this purpose. Lei Jun will personally serve as the CEO of the car company to build Xiaomi cars. 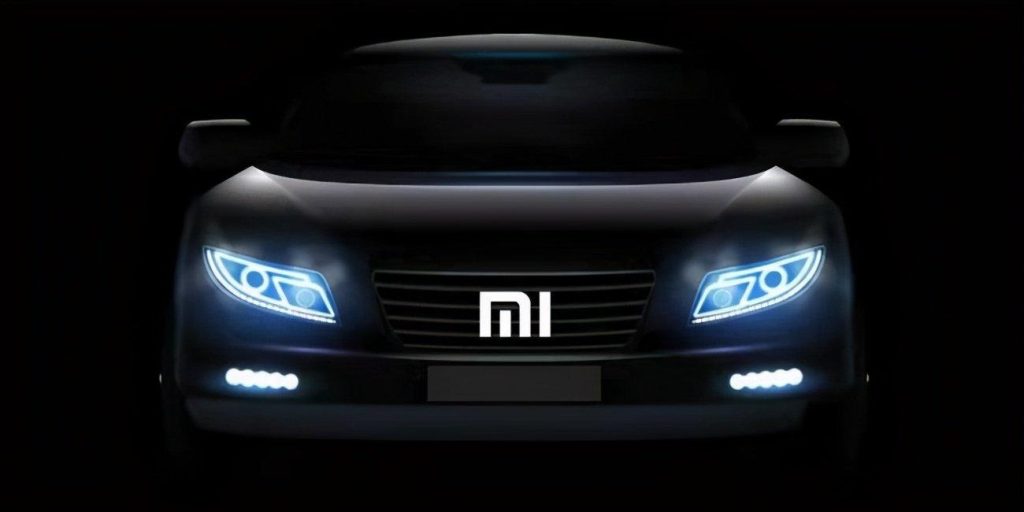 The car made by Xiaomi in 2021 has always been between false and real rumors. Is Xiaomi really ready to make a car? Where is the confidence of Xiaomi making cars?

In recent months, Apple’s cars have been rumored to be more noisy than Xiaomi’s. Regarding “Apple-made cars”, there has been a lot of confusion over the past few years. Since the media broke out in 2014 that Apple secretly established the “Project Titan” car project plan. There will be more or less news about cars from Apple every year. But they remain on speculations and rumors. Apple almost never officially responds to anything. News about building cars. Until the end of 2020, news came from Apple on car building. The latter was the same as Xiaomi’s on car building, but the final outcome was different.

On December 8, 2020, Apple’s head of AI and machine learning, John Giannandrea, took over the position of head of the automotive project from Bob Mansfied. Then on January 7, 2021, Korean media said that Apple has contacted Hyundai Group and intends to produce self-driving electric vehicles at its engine plant in Georgia. Or that the two parties may invest in a new plant in the United States. On February 2, 2021, Taiwan Tianfeng International Securities analysts predicted that Apple will adopt a modern E-GMP pure electric platform. And it may also cooperate with GM.

Then on February 3, 2021, according to South Korea’s “Dong-A Ilbo”, Apple will invest 4 trillion won (approximately US$3.6 billion) in Kia. And they will cooperate with Kia in the Georgia plant in the United States to produce electric vehicles. Apple cars are expected to be launched in 2024, with annual sales expected to exceed 100,000, or even 400,000. Among them, the Apple Car chassis will use the E-GMP platform; Hyundai Mobis will provide most of the component design and production; Kia will provide a car production line to produce Apple Car.

On February 19, 2021, it was reported late that Xiaomi had decided to build a car. Which was regarded as a strategic decision. Then on February 21, 2021, Xiaomi officially responded to the rumors of car building. It has not yet reached the formal project stage. On March 19, 2021, 36 krypton reported that Xiaomi’s car-making project is expected to be established in April, led by Wang Chuan. That is exploring the auto industry. Then on March 26, 2021, Reuters reported that Xiaomi is negotiating with Great Wall Motors to use its factory to produce electric cars. The subsequent official response was purely a rumor. And  on March 30, 2021, Bloomberg reported that Xiaomi plans to invest 15 billion US dollars to enter the electric vehicle market. After that is the official announcement of Xiaomi car manufacturing. 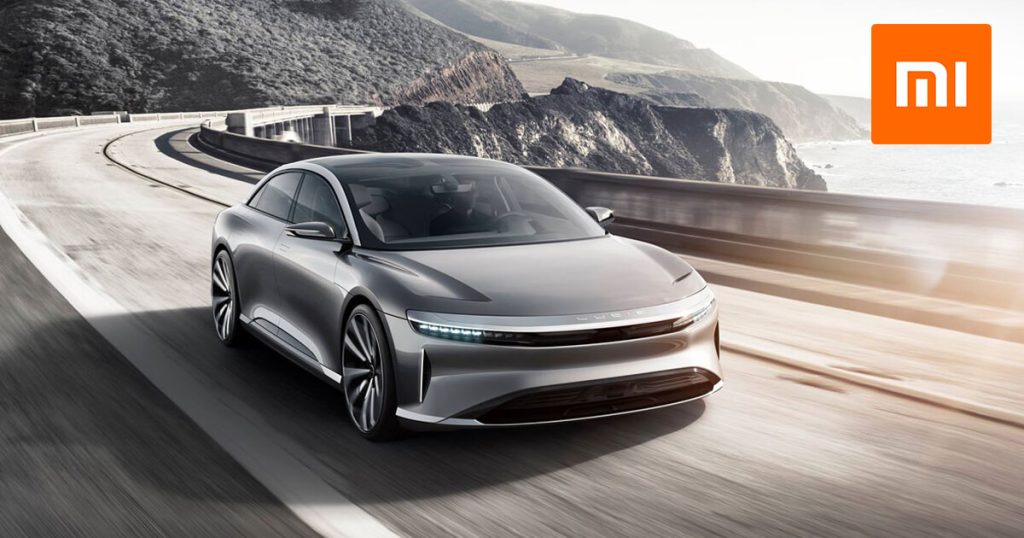 Apple has always been Xiaomi’s biggest competitor. Even before that, because of adoring Jobs, the founded Xiaomi ran on the same track as Apple. Lei Jun was dubbed “Rebs”. This time, Xiaomi is ahead of Apple, but judging from the details disclosed by Apple’s car and the previous accumulation, Xiaomi will still face huge challenges.

Looking at a set of information about Apple’s cars, Xiaomi still faces huge challenges in terms of human resources.

According to incomplete statistics from the workplace social platform LinkedIn, as of 2020, there are more than 1,200 people in the “Apple Cars” group. Of which 170 are from Ford Motor Company, more than 300 are from Tesla. And more than 110 are from private car-related research mechanism.

As for Xiaomi Motors, so far, only CEO Lei Jun and Xiaomi veteran Wang Chuan are about to dig people from multiple auto industry-related companies. In the current domestic smart market, Weilai, Ideal, Xiaopeng, Weimar, Zhiji, R Auto, Salon, Changan Huawei, Jikrypton, Jidu, E’an, BYD, Evergrande, etc. are flourishing. Companies such as Zhiji Automobile, Jidu Automobile, and R Automobile are all recruiting talents. Weilai, Ideal, and Xiaopeng are also making reinforcements. Next, Xiaomi may have to enter the battle for talent.

Initially, “Project Titan” was rumored to involve an electric vehicle called we are calling “Apple Car,” delivered by 2019 or 2020. Towards the end of 2015 however, the program experienced “an incredible failure of leadership”. According to one source, in which managers fought over where Titan was going. This led to the departure of project leader Steve Zadesky.

The design and technology behind “Project Titan” remained very much in flux. Sources said, with Apple at one point considering using BMW’s i3 as the basis for its “Apple Car.” Apple and BMW have held talks about a potential partnership. Though both BMW and Daimler reportedly ended talks with Apple over who might lead the project and own data. 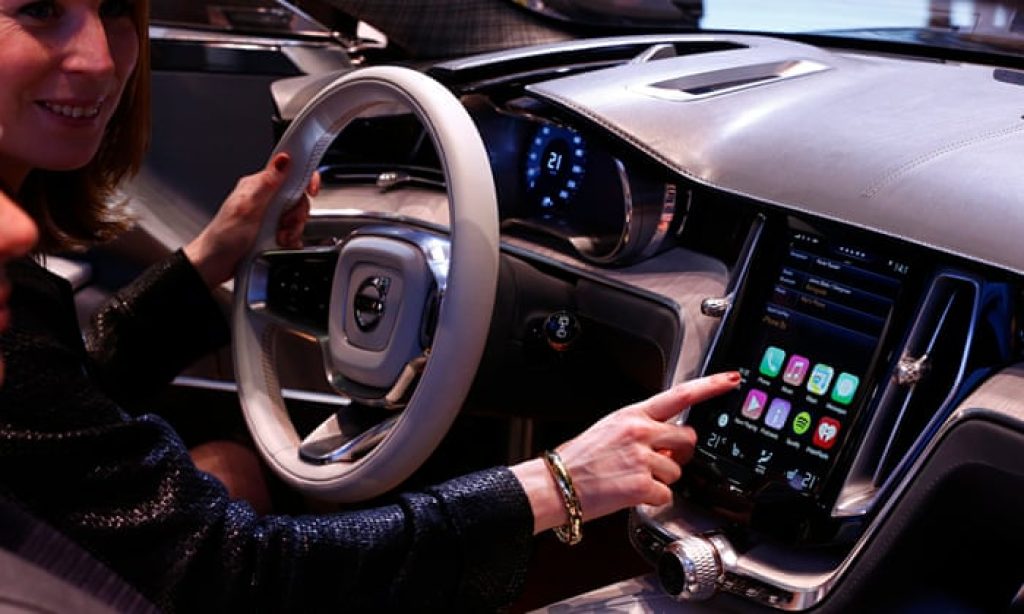 One German report indicated that Apple had a secret car lab in Berlin, staffed by about 15 to 20 “top-class” people from the German auto industry working on issues like “Apple Car” concepts, manufacturing partnerships, and sales/governmental obstacles. A possible manufacturer is the Austrian division of Magna Steyr.

The original vision of an “Apple Car” that would detect its driver via fingerprint and then drive them anywhere had transitioned from a partially autonomous car to something more ambitious. However, another factor that may have pulled Apple away from its own car is the automotive supply chain. While Apple is used to being able to exert heavy control over suppliers for devices like the iPhone, with the deeper expenses involved, the company may have discovered that auto parts makers would be less eager to commit to an “Apple Car”. And Apple likely produce vehicles in small initial numbers.

Unlike the self-driving element, which is naturally in the public eye, the design efforts of Apple have been kept under wraps for the most part. Aside from rumors, which have even suggested Apple is creating an electric van. The only real indications so far of Apple’s design direction have been patent applications. Based on patent filings, rumors, and speculation, the general appearance of the vehicle could offer some departures from current vehicle design. 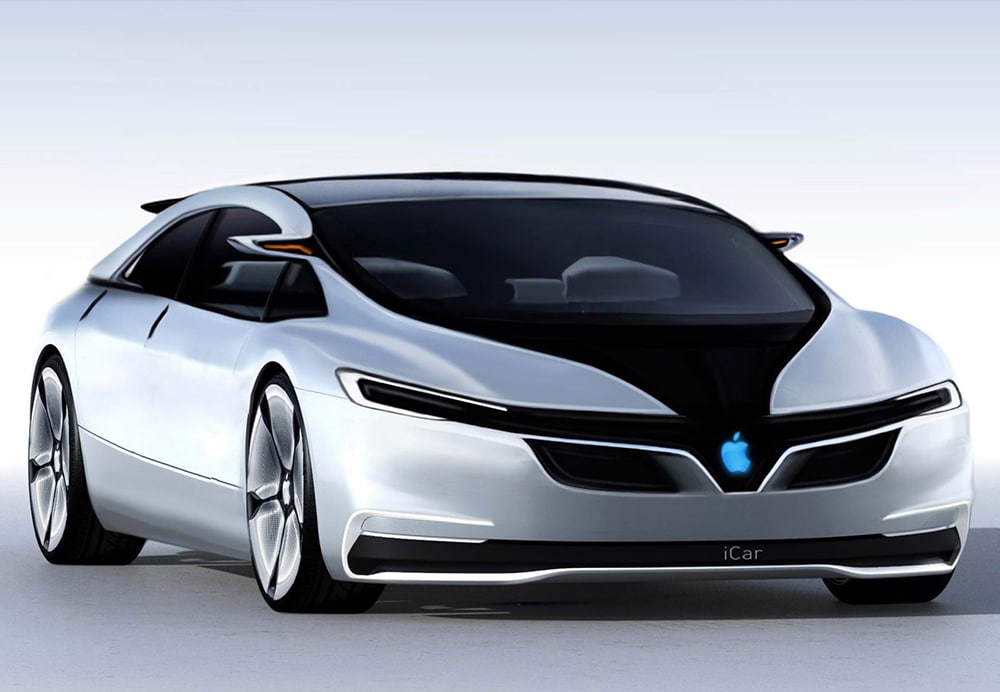 Apple’s use of sleek lines in other products could be reused in the “Apple Car,” as well as wide-swinging doors that eliminate the need for a permanent center door pillar, making openings even larger. Proposals include the use of AR and VR technology, in-screen displays, privacy lighting, and unique sunroof designs, among other suggestions. The introduction of self-driving systems could further inform the design of the vehicle and result in more radical layouts. As there would be less of a need for conventional seating arrangements.

Lei Jun shared the experience of Xiaomi doing research on car building. In the past 75 days, Xiaomi’s management has experienced 85 industry visits and communication, more than 200 in-depth exchanges with automotive industry veterans, four internal management seminars, two formal board of directors, and conducted detailed investigations and demonstrations. , Just made this decision. You can see that Lei Jun’s entanglement and hesitation, and finally convinced himself to build a car. Lei Jun summarized the following cornerstones at the press conference. Xiaomi has money and can afford it. The Xiaomi has people, mature technicians, and a lot of rice noodles. Xiaomi Have the best ecology in the world. 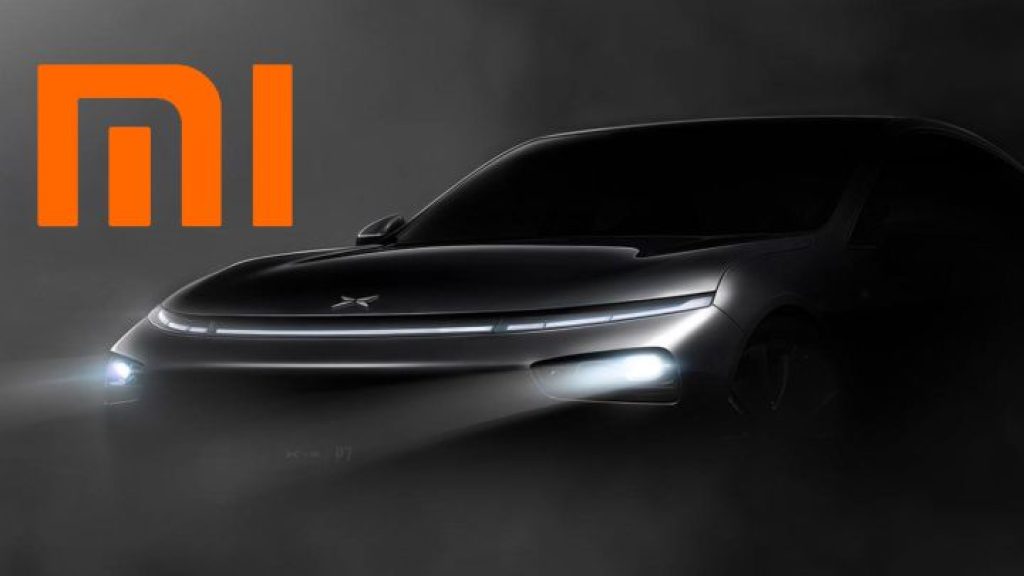 If the above points are understood as the people who built Xiaomi cars, Xiaomi still has the right time and place to build cars.

Depending on the requirements of the “New Energy Automobile Industry Development Plan (2021-2035)” issued by the State Council, the development of new energy vehicles is the only way for my country to move from a major automobile country to a powerful automobile country. According to estimation, in 2025, the sales of new energy vehicles can reach 20% of the total sales of vehicles, realizing the commercial application of highly autonomous vehicles in specific areas and specific scenarios. By 2035, pure electric vehicles can become the mainstream of vehicle sales. And vehicles in the public sector will be fully electrified.

The country strongly supports new energy and vehicle electrification. At this time, Xiaomi’s entry is still a bonus period.

In addition, automobile technology is undergoing rapid changes, and software technology is promoting the development of its intelligence, connectivity, electrification, and sharing. From a numerical point of view, when we opened the car software library of a high-end car. We found that the software code has nearly 150 million lines, and in the future it will exceed 200 million lines, which is far more than the 14 million lines of Boeing 787 software code. “Software-defined cars” has become a new wave in the automotive industry.

Software defines the car, the car core has changed, and the boundary has also changed. Chen Qingtai, chairman of the China Electric Vehicles Association, said: “The definition and attributes of automobiles have quietly migrated. It is transforming from a typical mechanical product to power electronic products, Internet products, and electronic information high-tech products based on mechanical products; It is a walking machine, but also a mobile intelligent terminal where “data determines experience and software defines a car”.”

The idea is that the car is a mobile smart terminal, and the mobile phone is a smart terminal. Software-defined cars have become a new platform for the development of the Internet. Xiaomi, both soft and hard, has a rich ecosystem of applications. We can translate into the automotive field, can give new connotation and meaning to the car. 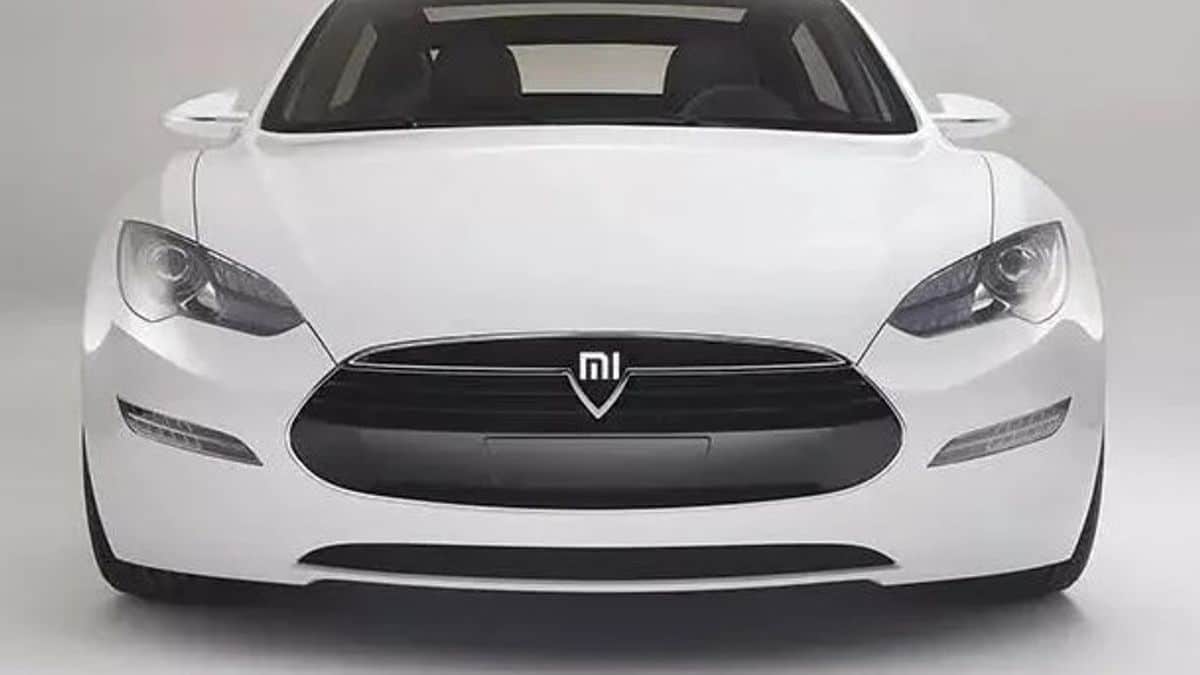 3. Renhe: Look at the background of Xiaomi

Xiaomi has a profound background and has a solid foundation. Since its earliest start as a smart phone, Xiaomi has a steady growth in the world’s third mobile phone business. Xiaomi has loyal fans and users. Before the launch of the press conference, the official WeChat account of Xiaomi Company conducted a survey. Nearly 20,000 people participated and 92% of the people chose to “support Xiaomi’s car making”.

For technology companies, there are two key points: money and talents. As of the end of 2020, Xiaomi has accumulated 108 billion yuan in cash. Xiaomi has more than 10,000 R&D engineers and will recruit another 5,000 in 2021.

Xiaomi has copied the experience of making smartphones to smart TVs, smart homes, laptops, and many other fields. It is not only making Xiaomi’s extremely cost-effective brand label deeply rooted in the hearts of the people, but also investing in and incubating smart hardware around mobile phones, and forming an ecosystem in related fields. The Xiaomi has formed a huge ecosystem with mobile phones as the core and mobile phone peripherals, smart hardware, daily necessities, and office supplies as its representatives. Such an ecosystem, covering food, clothing, housing, and transportation, has a strong binding effect.

Xiaomi building a car may appear to be “faster” to Apple. However, Xiaomi in China has the right time and place. Also, it is just right to enter the factory at this time.

So, to sum up, Xiaomi’s car is indeed worth looking forward to. Nowadays, “Rebs” has become “Reske”. When encountering a real “Musk” electric car, what kind of competition will be, it is quite exciting.