For years, smartphone manufacturers have tried numerous ways to create a truly edge-to-edge display. The ultimate goal was to have a smartphone with a screen that reaches all four edges of the frame without interruption. The Xiaomi MIX 4 is the best embodiment of this.

The only issue has been the need for a selfie camera. We’ve seen several inventive methods that aim to try to hide it, make it less of an obstruction, or at least, reduce its visual impact. Perhaps you have heard about pop-up camera mechanisms, tiny dewdrop notches, flip cameras, and punch-hole cameras put on the front of phones. But there is one new technology aimed at hiding it completely: the under-display camera. Also known as USC (under-screen camera) or UPC (under-panel camera). Of course, Xiaomi has included this new technology into its products. And Xiaomi launches a new flagship phone with a similar, if not the same feature called Xiaomi MIX 4. Let’s see how the newly launched Xiaomi MIX 4 competes with other under-screen camera smartphones. But first, let’s clarify how an under-display camera works?

How does an under-display camera work?

In simple words, it’s similar to in-display optical fingerprint sensors. A small portion of the display panel is transparent and lets light through to a camera that’s sat behind the display. Or to be more technically accurate, a small portion near the top of the screen is actually a second, tiny transparent display.

If you’re wondering why they can’t do what they do with optical fingerprint sensors and just make a transparent portion of the main screen yet. It’s because standard OLED panels aren’t yet able to let enough light through to the other side to create a decent colored image. So for now, companies like ZTE and Xiaomi have resorted to using a secondary, much smaller “invisible” display within a display. 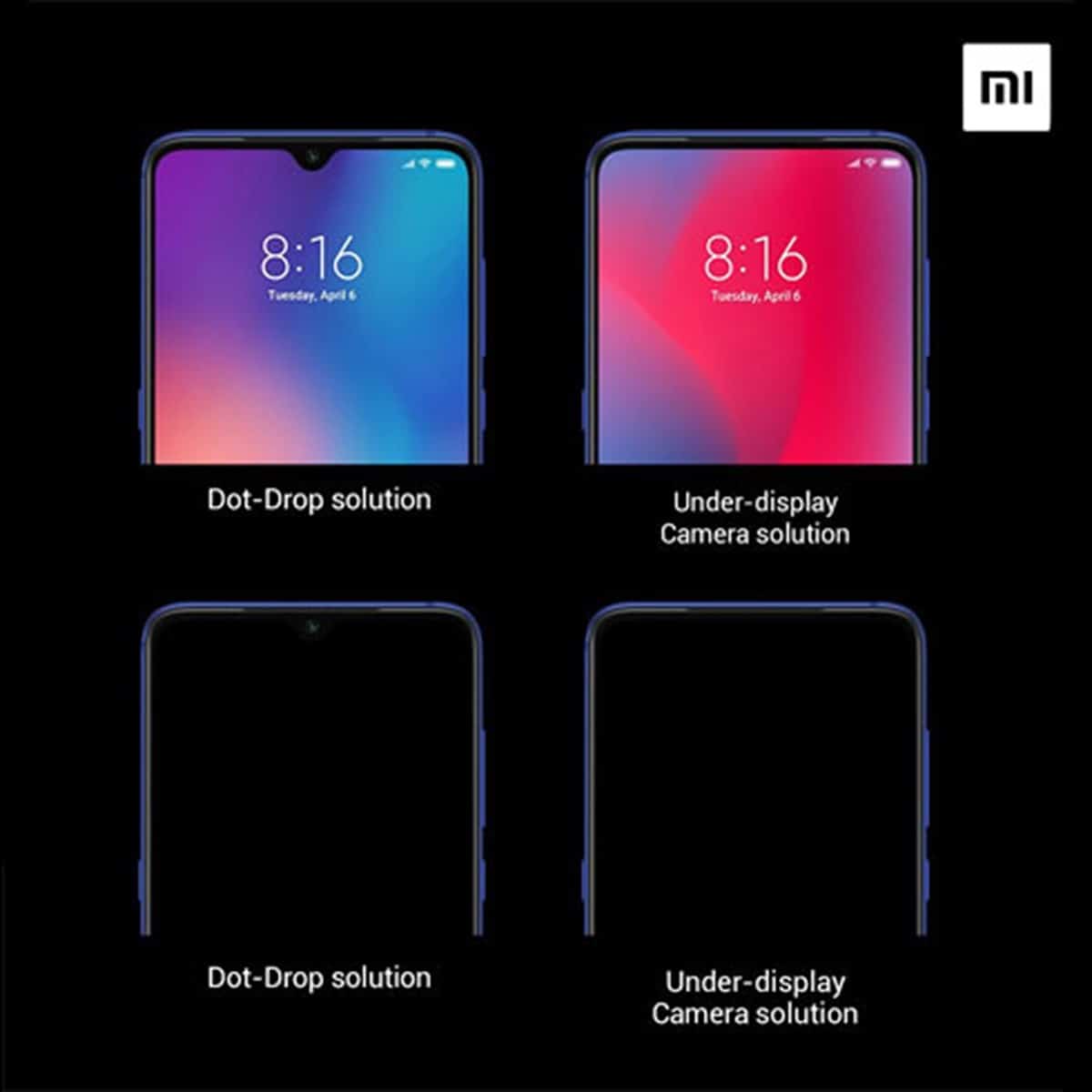 And, if they used this display as the entire panel, that would have dire consequences for the fidelity of the image on the display. So they put it in a part of the screen where – most of the time – the quality of the image doesn’t matter: in the status bar.

While the eventual goal is surely to have it implemented to make it completely invisible, early iterations haven’t quite managed it. It’s mostly invisible on darker days, but once you shine a light on the area of the display hiding the camera, you can clearly see the area that’s allowing light through. As technology develops, we hope this will be improved as well.

Now, when the mechanism of the under-screen camera smartphones is clarified, let’s see which devices support it? The first phone to have an under-screen camera was the ZTE Axon 20 5G. So far it’s also the only commercially available product with an under-display camera.

Vivo’s Apex 2020 concept phone has it, but that’s a concept phone and hasn’t been made available to buy for consumers. In addition, just recently, Oppo unveiled its third-gen under-screen camera which, based on a sample shot it provided, appears to be surprisingly promising — no noticeable haziness nor glare.

The ZTE Axon 30 was released on July 27, 2021, in China. Despite much criticism of its first under-screen camera, ZTE worked what it claims to be an improved version of the Axon 20 5G into its new Axon 30 5G. The Samsung Galaxy Z Fold 3 was released on August 13, 2021, winning over foldable phone skeptics. Plus, it is the first smartphone of Samsung featuring an under-display camera solution. So, let’s compare the first under-screen camera smartphones!

What about other features related to display? It is also worth noting that the ZTE device features an Ambient light sensor, Proximity sensor, while the Xiaomi device comes with HDR support. Scratch-resistant glass (Corning Gorilla Glass Victus), also Ambient Light Sensor, and Proximity sensor. Seems like the pros and cons of the devices complement each other. 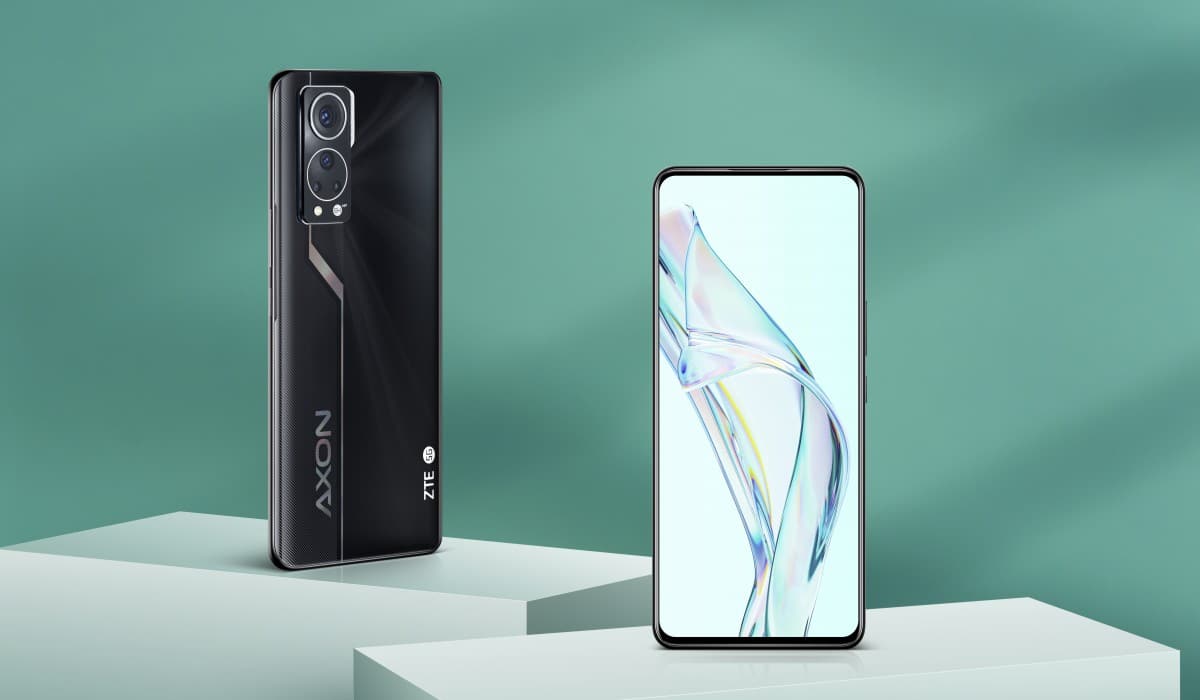 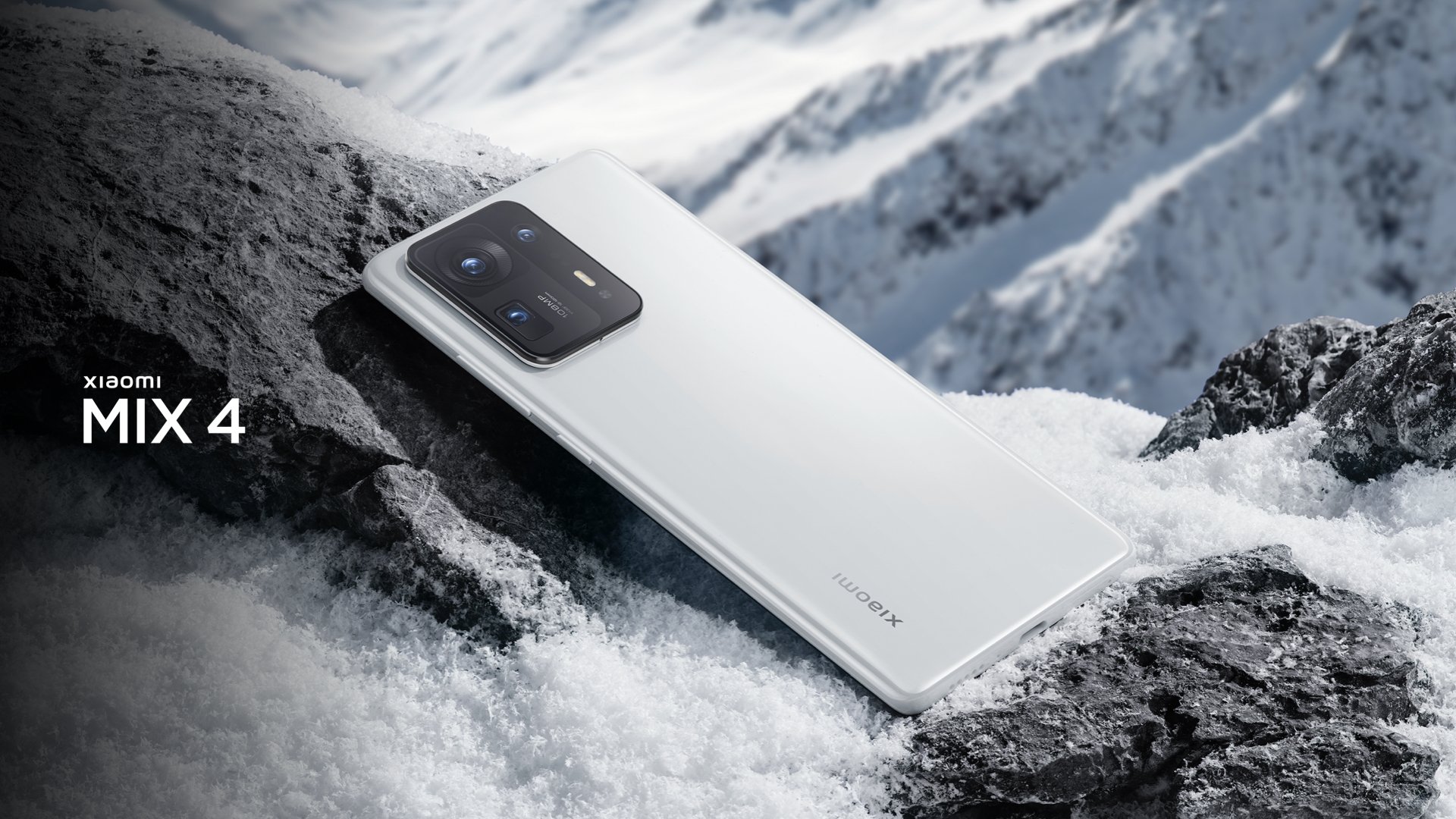 The Xiaomi and ZTE devices support in-screen fingerprints and the Samsung device has a side-mounted fingerprint. And what about the available colors, the Mix 4 comes in Ceramic Black, Ceramic White, Shadow GrayCeramic Black, Ceramic White, Shadow Gray, the Fold 3 comes in Phantom Black, Phantom Silver, Phantom Green, and the Axon 30 in Black and Aqua colors. 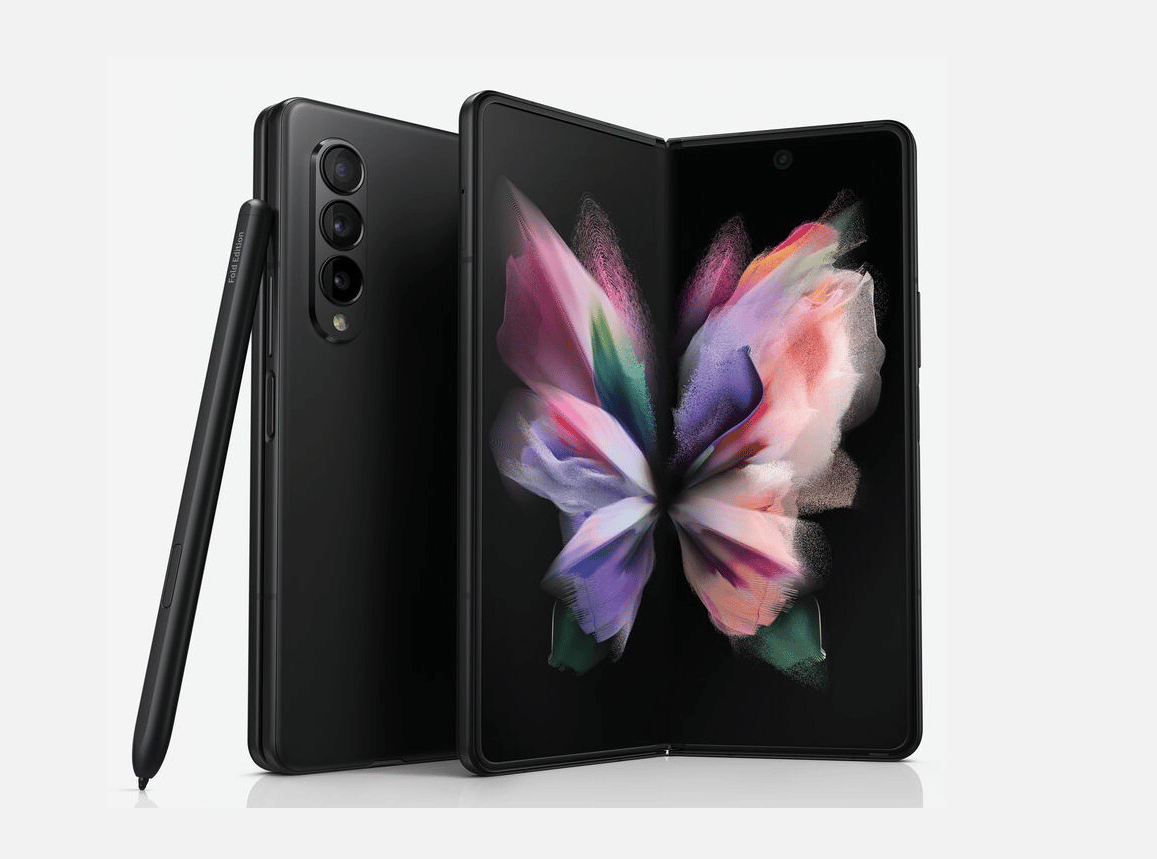 Perhaps, the most interesting comparison is related to the camera, as we are comparing two under-screen camera smartphones. The ZTE Axon 30 5G comes with a quad rear camera setup with a 64MP sensor with an f/1.79 lens. Other cameras on the back of the device include an 8MP ultra-wide camera with a 120-degree field of view, a 5MP macro shooter, and a 2MP depth sensor. According to ZTE, the Axon 30 supports dual-way video stabilization for the main camera and a wide-angle camera that can intelligently correct video shooting jitter in motion and make dynamic video shooting more clear and stable. The phone’s VLOG intelligent short video functions support Hitchcock zoom, pull focus effects, built-in fast playback, slow motion, and rewind. It also comes with dynamic, artistic, and multiple sets of cool filming templates to support users in easily filming in a variety of different styles.

The Samsung Galaxy Z Fold 3 camera specs mirror what we got last year: a 12MP f/1.8 main camera, a 12MP f/2.2 ultra-wide camera. There’s also a 12MP f/2.4 telephoto camera that’s capable of 2x optical zoom. You’ll get optical image stabilization in the telephoto and ultra-wide cameras on this device. In terms of the selfie camera, the under-display camera is 16MP and the covered one is 10MP. 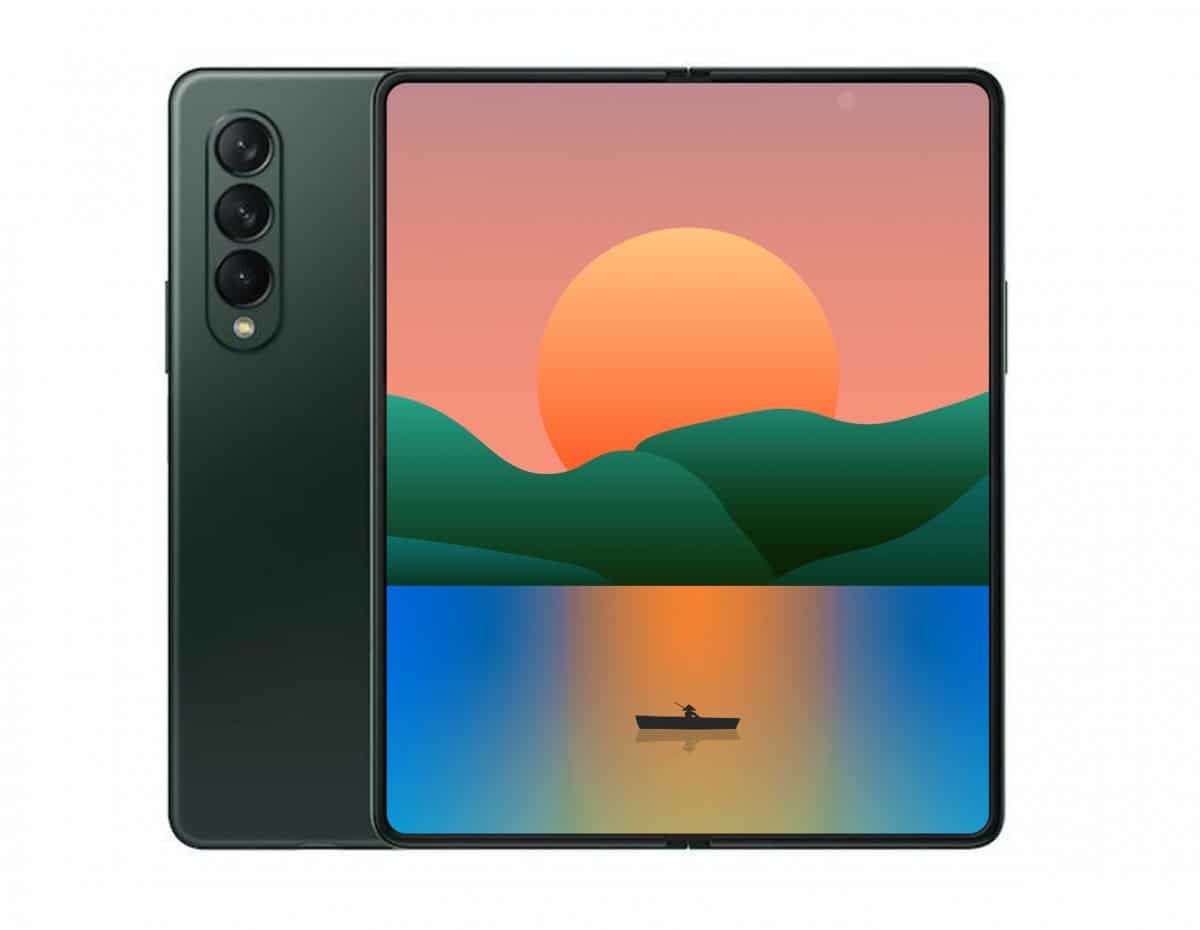 The Xiaomi MIX 4 consists of three camera modules: a 108MP (12,032 x 9,024 pixels) primary module with a 1/1.33″ Samsung ISOCELL HMX sensor (1.6μm), an 8MP periscope module with 5x optical zoom and 50x digital zoom telephoto module and a 13MP and a 13mp ultra-wide module with a ‘free-form’ lens (120-degree field-of-view). It’s unclear at this time whether or not this ‘free-form’ lens is the liquid lens Xiaomi teased earlier this year. 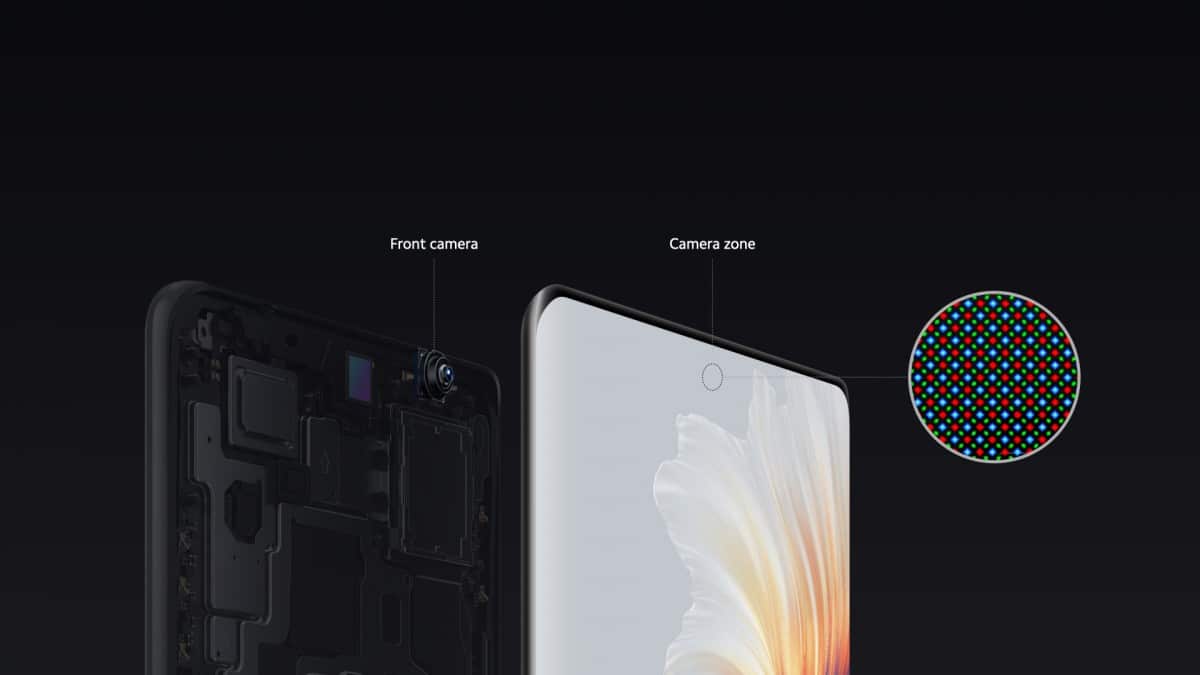 The Xiaomi MIX 4 sports the latest Snapdragon 888+. It is an octa-core chipset based on a 5nm manufacturing process and coupled with an Adreno 660 GPU. The chipset comes with up to 12GB of RAM and 512GB of onboard storage. The ZTE Axon 30 features the Qualcomm Snapdragon 870G mobile platform with a “1+3+4” octa-core design and a maximum core frequency of 3.2GHz. This perfectly supports a professional-class gaming experience with its computing, graphics rendering, and networking capabilities. The new device adopts the self-developed memory fusion technology, using part of the free storage space to expand the running memory by up to 5GB. 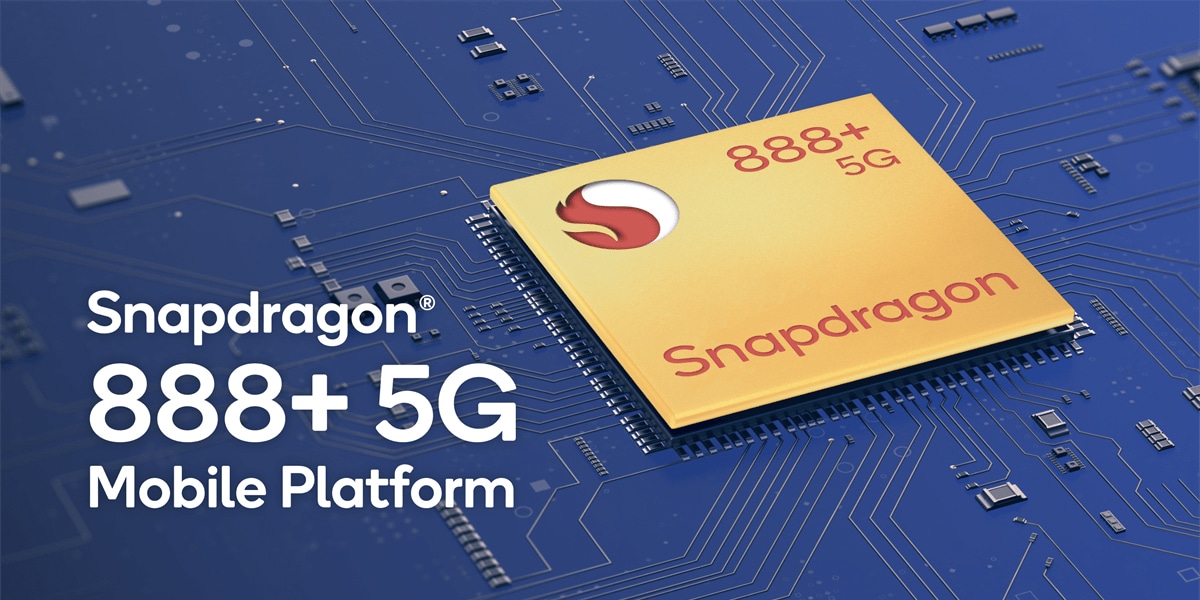 The Galaxy Z Fold 3 runs on the Qualcomm Snapdragon 888 chipset. The Snapdragon 888 is the chipset we’ve seen in the vast majority of top-end smartphones in 2021. It performs superbly in our experience. So we don’t expect any performance issues here. The processor features 12GB of RAM. You have the option of 256GB or 512GB of onboard storage. Nut there’s no Samsung including microSD support for extra space. That was the case for the Galaxy Z Fold 2, so it would make sense here.

The two flagships have a battery capacity of 4500mAh, which will last for 1.5-2 days on average. In this case, the difference is between wired and wireless charging. The ZTE Axon 30 supports 55W wired charging. The triple ice cooling system consists of a large VC liquid cooling plate, high-power thermal gel, and graphene copper-based composite material. It can guarantee the continuous high performance of the device. At the same time, the Xiaomi MIX 4 supports both wired – 120W and wireless charging – 50W. In addition, both of the smartphones feature fast charging. Xiaomi claims that you can charge the smartphone in 15 minutes in boost mode and 21 minutes in normal mode. Whereas wireless charging takes 28 minutes to top up the battery completely. 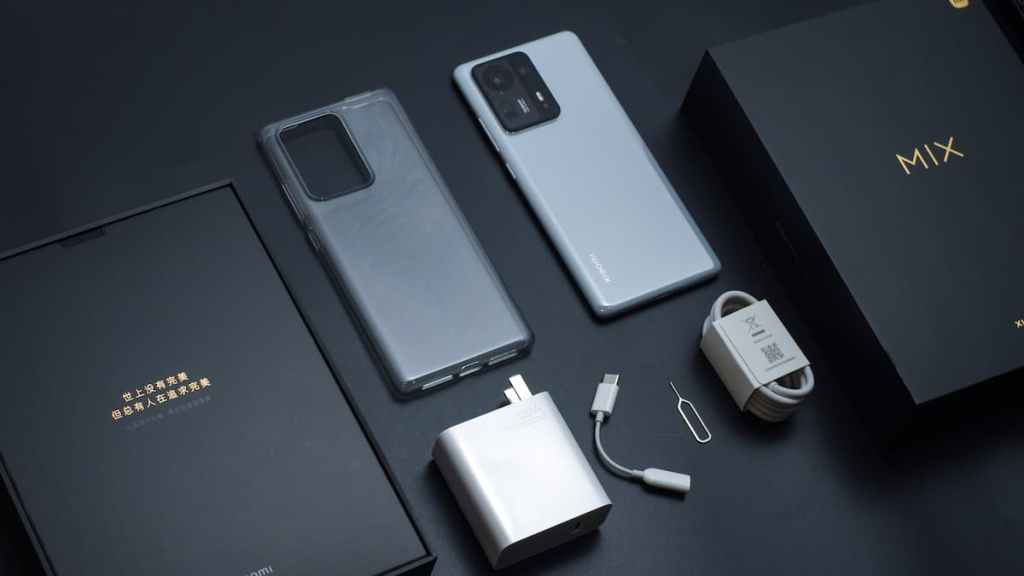 Powering the Samsung Galaxy Z Fold 3 is a 4,400mAh battery. It is also worth noting that there’s no charger in the box with the Galaxy Z Fold 3. So you’ll want to keep your existing charger or buy one separately. Moreover, it comes with an S pen. The S Pen is a major addition here. It’s the first time Samsung has included stylus support in a foldable phone. Frustratingly, however, there’s nowhere on the phone to store the stylus – no slot, as on the Note series, and no magnetic connection, as on Apple’s iPads. Instead, you’ll have to pay extra for a separate case that you’ll need to slip into your pocket alongside the phone. The S Pen will only work with the main, inner display on this handset. Thus, you can’t use it on the outer screen.

Why isn’t it on more phones?

The simple answer for that is the technology is imperfect and implementation of an under-display camera has just started.

As mentioned already, part of the reason is that it’s not possible (yet) to completely hide that secondary transparent screen. The other problem is to do with the image quality from the camera that’s behind it.

By adding a layer of material that’s not completely clear in front of a camera, it makes it harder to get a really good photo. After all, cameras require light to take pictures. But crucially, also need that light to come through to the sensor without any disturbance to the signal to produce sharp and accurate results.

This is an extreme over-simplification. But it’s almost like covering the camera with a really thin layer of tracing paper and asking it to take as good a picture as if you hadn’t.

The aim undoubtedly is to make the transparent display portion more transparent. Another goal is also to develop better AI/algorithms to correct the issues that arise from filtering light through the screen.