The Poco F3 GT (Redmi K40 Gaming Enhanced Version) is not only equipped with MediaTek’s top flagship Dimensity 1200 chip but also comes with up to 12GB of memory. This can guarantee a smooth gaming experience. Plus, there is a built-in 5065mAh capacity battery, which supports a 67W flash charge. 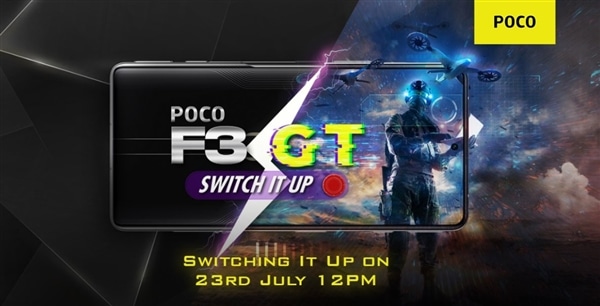 In addition, the most game-style element of this machine is the two independent shoulder buttons. This shoulder button has a built-in magnet group, which can achieve a magnetic levitation effect. By sliding the lever, it can achieve one-button lifting and change to a four-finger operation in seconds. When not in use, it’s hidden.