As the company’s official channels say, the Realme Watch 2 Pro will be released in India on July 23. But this is not going to be the only product at the conference. In addition, the Realme Buds Wireless 2 Neo headset will also be released.

The Realme Watch 2 Pro will have two color options – black and gray. It will also sport a 1.75-inch color touchscreen, which is going to support more than 100 dials. Under the hood, the watch hill host a 390mAh battery, which is advertised to provide up to 14 days of battery life on a single charge. 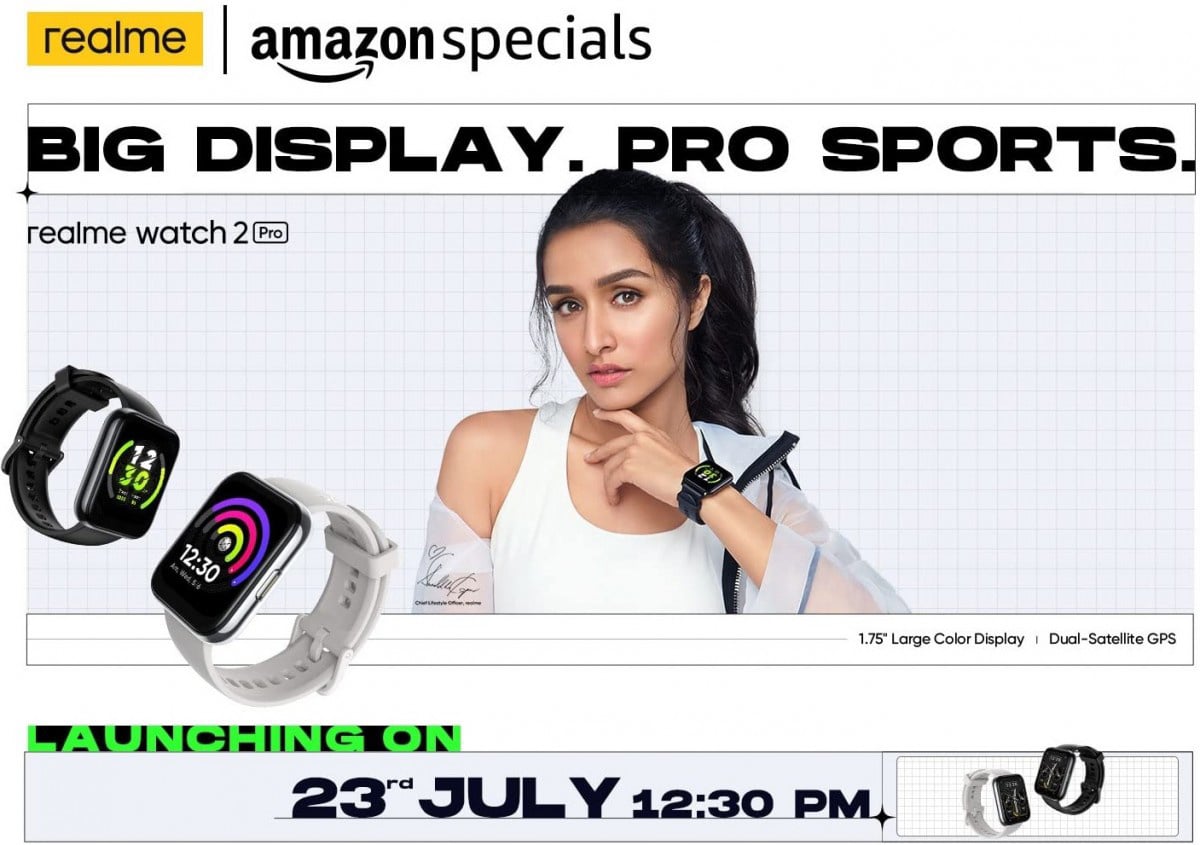 The watch will support 90 sports modes. In addition to the common health and fitness functions, it will also come with heart rate and blood oxygen detection functions. They include sleep tracking and sedentary reminders. Interestingly but not surprisingly, the Realme Watch 2 Pro has an IP68 dustproof and waterproof certification as well as a built-in dual satellite GPS. There is also smart AIoT control, which allows users to control Realme AIoT devices directly from their wrists using smartwatches.

As for the Realme Buds Wireless 2 Neo will feature an 11.2mm bass boost driver unit with a low latency of 88ms. It also has an IPX4 waterproof function and a magnetic instant connection function. 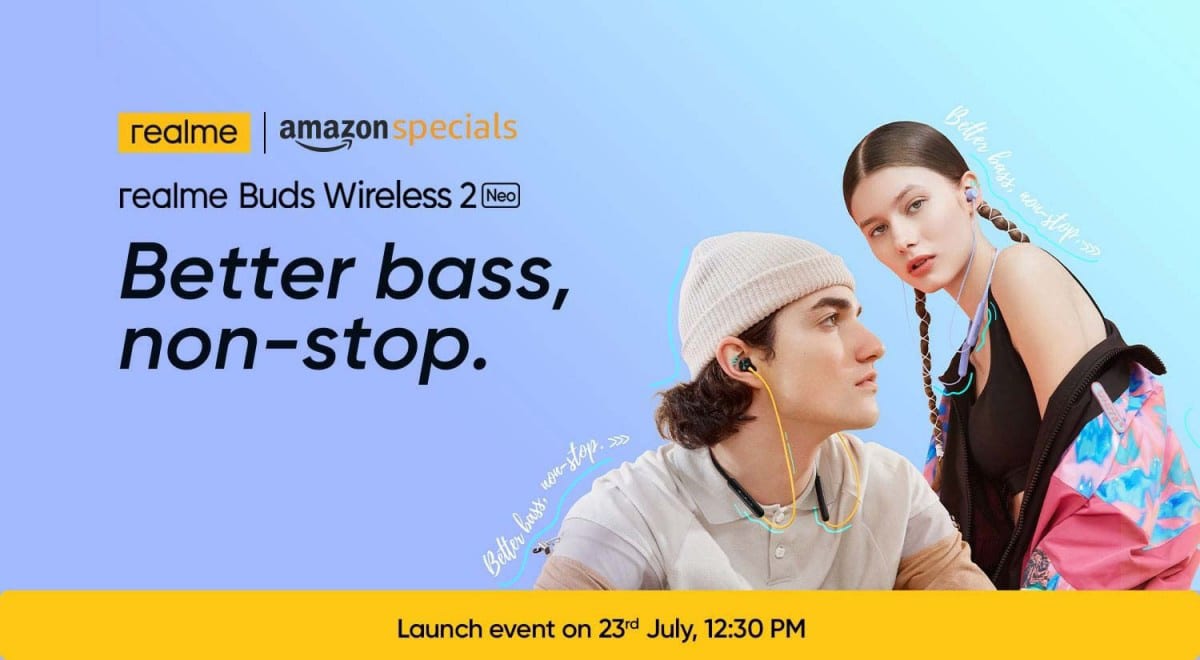 The battery capacity of the Realme Buds Wireless 2 Neo is unknown. But the company said it can provide up to 17 hours of playback time. Fast charging for 10 minutes through the USB-C interface can provide 2 hours of playing time.