As LetsGoDigital reports, Xiaomi applied for a smart and collected appearance patent in early 2021, showing two bold quad-curved waterfall screen mobile phone designs. The only difference between the two appearances is whether the rounded corners are covered with the screen. The characteristic is that there are no physical buttons on the four sides of the frame.

Of course, the source created a rendering of the mobile phone based on the patent. From it, we can see that the Model A design uses a flexible screen to cover the front and four sides of the phone, but the four rounded corners are not covered. The frame of the phone is divided into 4 segments, and the edge of the screen does not completely wrap the side frame. The camera module on the back of the phone adopts a two-stage ladder design. The main camera is relatively thick and there is a microphone opening at the bottom. 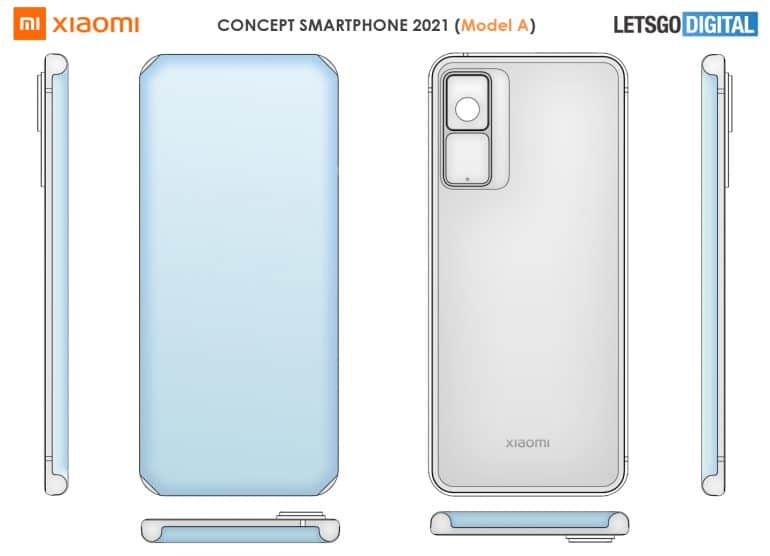 The second design, Model B, is even bolder. The screen of the mobile phone completely covers the corners and presents a perfect 90° waterfall screen effect. There are no openings or blanks on the screen when viewed from the front. In other aspects, the frame and back cover design of the phone are the same as the first. 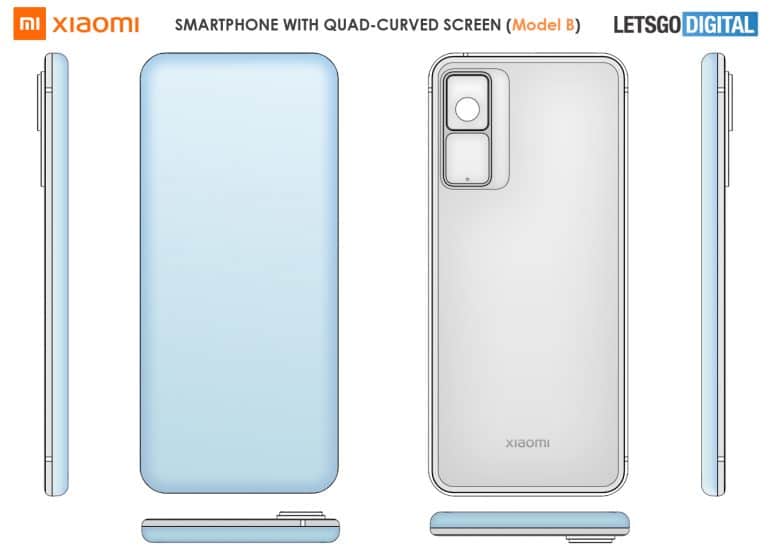 From the renderings, we can see that this design is very bold, but the front camera will definitely adopt an under-screen solution. In addition, there are no reserved openings for the earpiece, speaker, microphone, etc. The specific implementation method is unknown.

Xiaomi has previously released the surround screen concept phone MIX Alpha. The screen of this concept phone has a side frame that covers the back of the phone, and the width of the upper and lower frames is 2.15mm. The physical buttons of traditional mobile phones are realized by the touch and pressure sensing methods of the side screen. This phone uses screen sound technology. The main camera uses the Samsung 100MP sensor, and the price is 19,999 yuan ($3090). 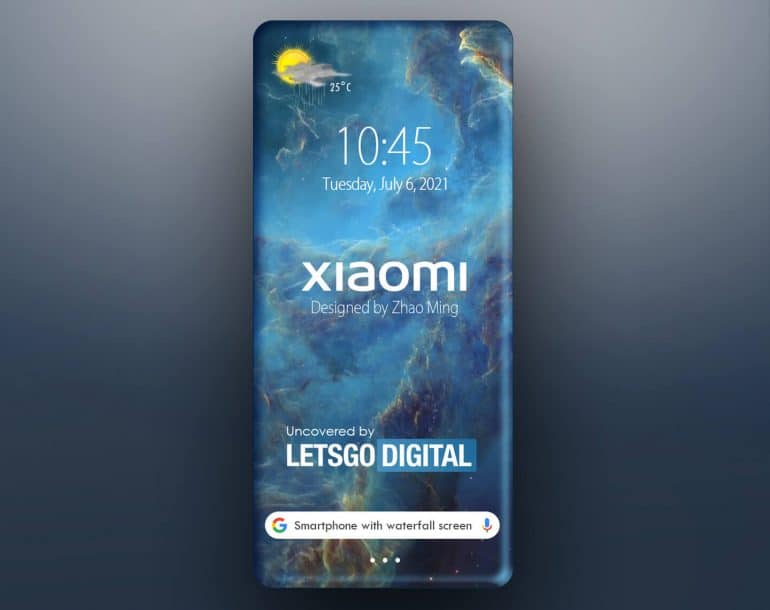 If this solution is realized, it will also come with MIX Alpha’s screen sound and other technologies. The waterfall screen of the frame ought to realize the function of traditional buttons through pressure sensing and other methods.