Comparing two giant manufacturers, such as Xiaomi vs Samsung, is a difficult and responsible task. To do a fair, persuasive, and relevant comparison we need to research a variety of important details. On top of that, we need to take into account users’ preferences. In other words, we cannot just say that Xiaomi is better or vice versa. The reason is that users may prefer a product despite its disadvantages. Thus, we are just providing a useful outline for the above-mentioned two companies.

Although Samsung has about eight times more chronological experience, the Xiaomi vs Samsung competition is relevant and interesting. Hence, we separated several key features with particular examples to make the comparison more effective. So, we’re going to discuss the design, software, camera, battery, and price of their flagship phones.

Usually, Xiaomi prefers to provide an attractive and simple design to its products. For instance, the Mi 11, one of the latest smartphones of the Chinese giant, supports a curved display and glass back. Besides, it has a high screen-to-body ratio. Furthermore, the Mi 11 Ultra comes with a ceramic white color, which is very attractive.

Speaking about Samsung, the company often makes its products look luxurious. The Samsung Galaxy S21 sports an aluminum frame and plastic material. You can think that the glass material is better than the plastic back, but the S21 also has a Gorilla Glass cover which makes the smartphone safe and beautiful.

In terms of software, the Mi 11 has better performance. Both the Mi 11 and Galaxy S21 support the Qualcomm Snapdragon 888 processor and Android OS. At the same time, the Mi 11 provides 12GB RAM, which is more than that of the S21. It goes without saying that the RAM is an important feature. Besides, the Xiaomi MIUI has recently adopted a new 12.5.1 update which fixed the defects and provided more opportunities.

The winner of cameras in the Xiaomi vs Samsung competition is probably Samsung. First of all, it has a greater selfie camera. Besides, the majority of Samsung smartphones support telephoto sensors with optical zoom. Although the Mi 11 uses a 108MP camera, many have been complaining of its performance. On top of that, the Xiaomi Mi 11’s camera was poor in low light conditions until the recent update. Speaking about the battery functions, the Xiaomi vs Samsung competition is also interesting. Both companies are trying to do their bests to provide powerful batteries. But as expected, the Xiaomi and Samsung smartphones are very power-consuming. Thus, the Mi 11 Ultra supports a 5,000mAh battery with 67W charging. At the same time, the Samsung Galaxy S21 Ultra is powered by a 5,000mAh battery with 25W charging.

In light of the Xiaomi vs Samsung comparison, we should take into account the worldwide sales. In that aspect, Samsung is the leader. The company covers 22% of the smartphone market share against Xiaomi’s 12.1%. There are several reasons to think that Samsung’s high-end smartphones are better. On the other hand, Xiaomi wins in the mid-range smartphone sector, which is a large part of the sales. 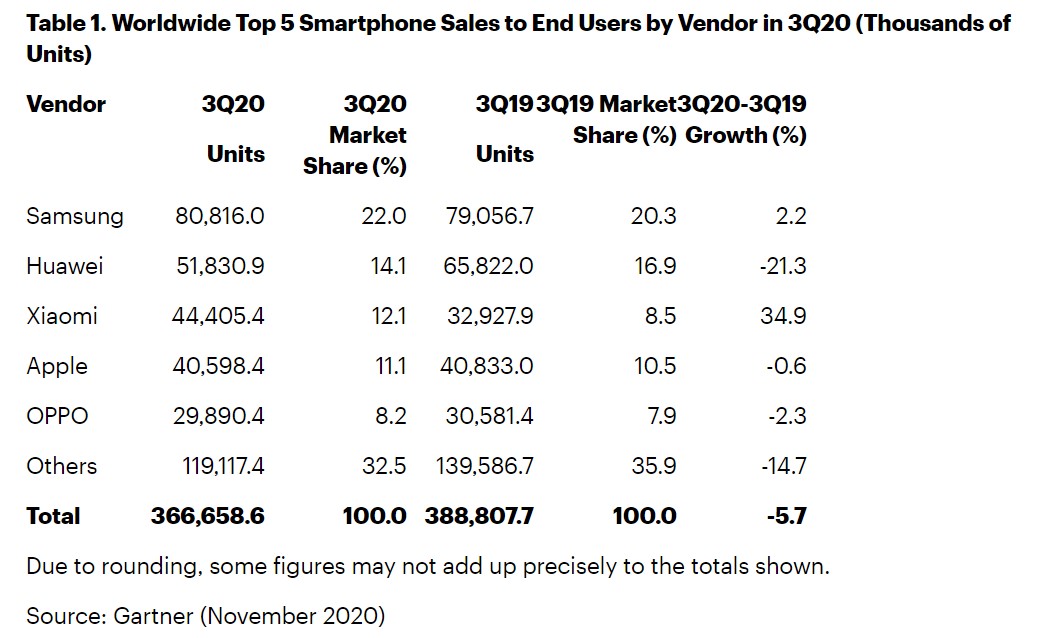 As you understand, these are quite different brands. If Samsung is a tech giant focusing on various self-production of screens, processors, and camera sensors and makes products for ‘main’ consumer products categories, Xiaomi is 10 years old only and is known as an internet company. This simply means that Xiaomi doesn’t produce its own components and just assemblies the products. But such a business model and business strategy helped the company reach the 4th position in the global smartphone market, and we are not talking about its successes in the field of laptops, TVs, power banks, smartbands, smartwatches, robotic vacuum cleaners, etc. So it turns out Xiaomi deserves more praise because it reached higher results without having a coin in its pocket. But we should also take into consideration that Samsung is the unchanged smartphone leader in the world. So every time when comparing it with any brand, we should keep in mind that it is the KING.