The Xiaomi Mi 11 Pro is a premium phone. The device sports a 6.81-inch AMOLED display with a 3200×1440 resolution and a pixel density of 515PPI. It gets an in-display fingerprint sensor for biometric authentication. Moving on to the processor, the device comes powered by the latest octa-core Qualcomm Snapdragon 888 chipset coupled with an Adreno 660 GPU. In addition to the advanced main camera, Mi 11 Pro also brings a number of other breakthrough improvements. The first is the battery. It is using a silicon-negative battery, which can achieve a capacity of 5000mAh and a charging speed of up to 67W in the case of a single cell. 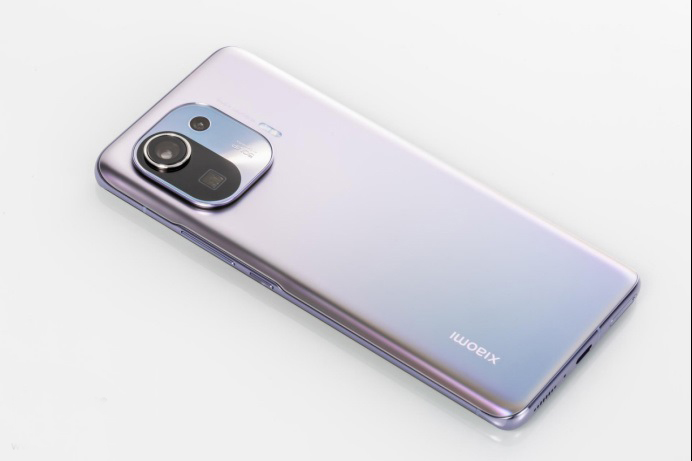 In terms of heat dissipation, Xiaomi Mi 11 Pro uses a solid-liquid-gas three-state three-dimensional heat dissipation system. On the basis of the original VC liquid cooling + graphite + copper foil, a phase change heat dissipation pad is added. When the processor is working, the heat dissipation pad absorbs heat and liquefies, which can efficiently export the heat to the VC and then dissipate it at the cold end, ensuring the performance of the Snapdragon 888 chip is full and the temperature is not too high.

In addition, the audio specifications of the Xiaomi Mi 11 Pro have gone further. The dual speakers use a new customized 1014 speaker unit, which is professionally tuned by Harman Kardon and has built-in scene recognition to ensure that the best matching music can be provided according to different sound sources and scene effects.

The appearance design of the Mi 11 Pro is basically the same as that of the Mi 11. The front uses a micro-curved design, and the upper left corner carries a front camera. The back is also similar in style to the Mi 11, and the wide-angle lens remains unchanged. In addition to the GN2 main camera with a super-outsole, a 5x periscope telephoto is also added.

There is an infrared remote control module on the top. We also have a microphone opening and SIM card slot. The charger module is individually packaged and has a maximum power of 67W.

The screen of the Xiaomi Mi 11 Pro is similar to that of the Xiaomi Mi 11. It uses Samsung’s latest E4 luminous material AMOLED micro-curved screen. It supports 2K resolution and 120Hz refresh rate, 10bit color depth display, and MEMC frame supplement functions. However, some of the screen parameters of Xiaomi Mi 11 Pro are better, such as the peak brightness increased to 1700nit, and it has passed the certification of Dolby Vision, which can provide more realistic picture effects when watching film and television works. 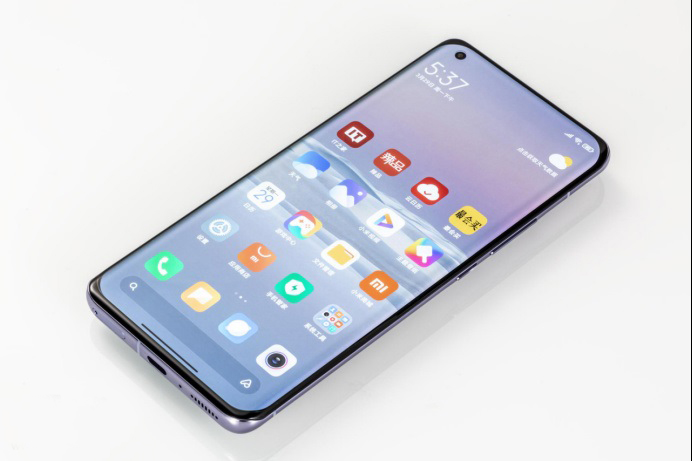 This time, the Xiaomi Mi 11 Pro comes with the Samsung GN2, the largest bottom sensor in the history of mobile phones. The latter is definitely the top priority. Its size reached an astonishing 1/1.12 inches, breaking the record for the largest in the mobile phone industry in one fell swoop. If you don’t have an intuitive feeling about this number, let’s compare it. 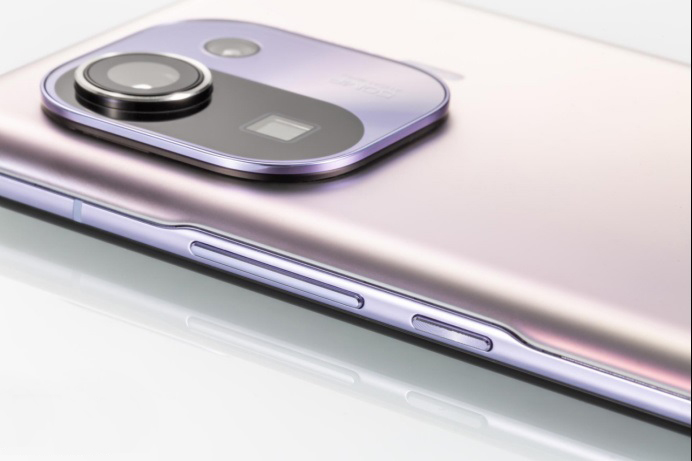 GN2 is currently the world’s largest mobile phone image sensor. Its area is 1.4 times that of the HMX used by Xiaomi’s previous generation, 1.37 times that of the previous GN1 in the same series, and 1.63 times that of the IMX 689, which is famous for focusing. Even last year, the two models of IMX 700 and OV48C, which broke the largest record, respectively, GN2 reached 1.3 times and 1.35 times their size respectively. N2 compares the current several outsole main camera CMOS. In the face of the apple, which has always adhered to the small bottom. The area contrast of GN2 is even greater. Even with the 1/1.8″ “bigger” iPhone 12 Pro Max, the area of ​​GN2 has reached 2.5 times the size of its rear camera.

In terms of battery technology, the Xiaomi Mi 11 Pro also has a major breakthrough. Which is to bring the silicon-oxygen negative electrode battery used in the electric vehicle field into the mobile phone. On the basis of improved safety, the silicon-oxygen anode battery solves the problem of a long battery cycle under high silicon content, and the low first charging efficiency is also solved through the technology of pre-filling lithium on the surface of nano-silicon particles.

The Mi 11 Pro is equipped with a battery that uses a new type of silicon anode technology. Although it has only a 6C single cell, it achieves the coexistence of a large capacity of 5000mAh and a high power of 67W.

The Xiaomi Redmi K40 Pro runs on the Android 11 operating system. The phone is powered by an octa-core Qualcomm Snapdragon 888 Chipset. It has a 6GB/8GB/12GB RAM and a 128GB/256GB internal storage. 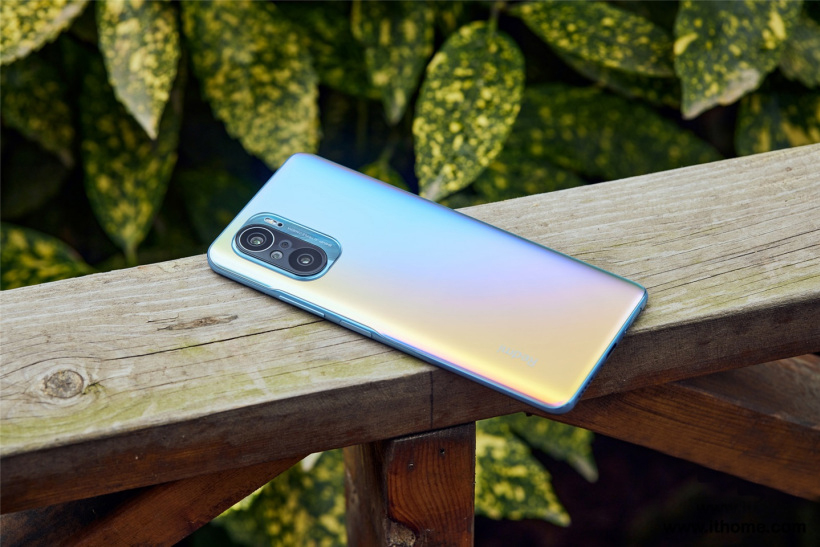 The 6.67-inch 120 Hz OLED display with HDR-10 certification has a resolution of 2400 x 1080 pixels and thus a pixel density of almost 400 PPI. The OLED panel’s brightness is very high for an upper mid-range phone. On a pure white background with an activated ambient light sensor, the screen of the K40 Pro achieves an average of 867 cd/m². With an even distribution of bright and dark areas, the brightness increases visibly and reaches 1167 cd/m² on the APL50. Which is more than sufficient for rendering HDR content. 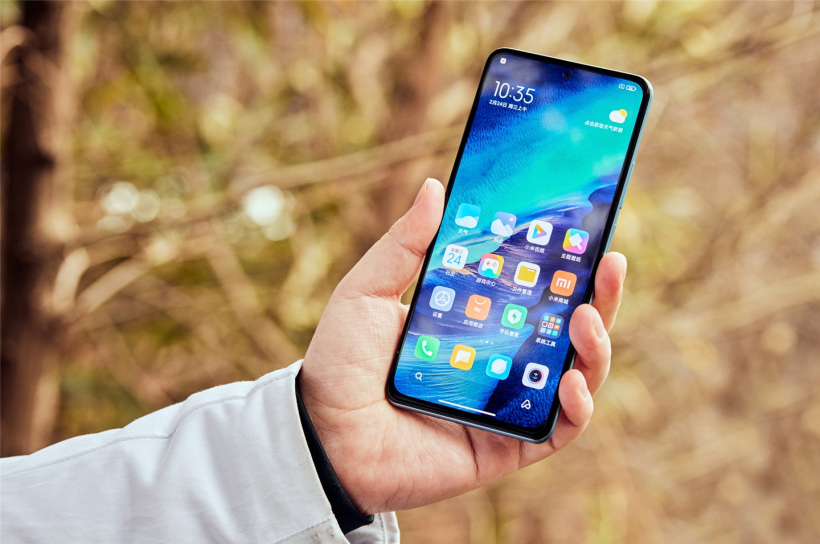 The Redmi K40 Pro supports a “360° light sensor technology” that is supposed to precisely control the accuracy of the automatic brightness adjustment with 8192 brightness levels thanks to the light sensors on the front and back of the casing. To control luminance, the K40 Pro uses PWM. This has a fairly high frequency of 161 to 495 Hz below 66 percent. Above that, we measured a frequency of 120 Hz, but the fluctuations in amplitude are much lower here. An extra DC dimming mode cannot be activated in the Redmi phone.

The phone packs a quad rear camera setup that has a primary 64MP wide sensor. Plus, there are 13MP ultrawide sensor, a 5MP sensor, and a 2MP sensor. On the front, the phone has a 20MP shooter. 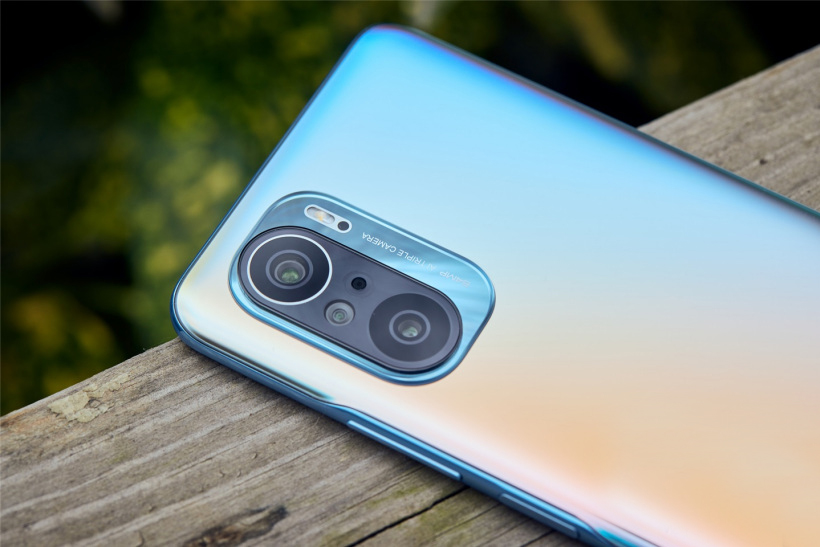 In terms of battery life, the Redmi K40 series comes with a 4500mAh large-capacity battery to meet the needs of one day of battery life. It supports 33W fast charge. So the phone can charge to 100% in 52 minutes, and quickly return to full charge under a low battery.