If we were to compare the Xiaomi Pad 5 ’s appearance to that of one of Apple’s roster, it’d be the iPad Air 4 – it’s a device that’s thin, has a narrow bezel, and boasts a minimalist design.

The slate has a thickness of just 6.9mm and dimensions of 254.7 x 166.3mm – weighing 511g it’s certainly not the lightest tablet we’ve seen and is in fact one of the heaviest tablets we’ve tested relative to its display size, but the difference is a matter of grams. Round the edges of the slate, you’ll find a power button on the top edge and a volume rocker on the right edge (when you’re holding the slate in portrait orientation). The front-facing camera is above the screen when holding the device in this orientation – that does mean that when you’ve got the slate landscape, and are on a video call when looking at the display you appear to be looking far from the camera, which isn’t ideal. Some tablets have a front-facing camera on the long edge, which is better for video calling.

One of the key specs of the Xiaomi Pad 5 is its 11-inch screen, which boasts a 1600 x 2560 resolution, 120Hz refresh rate, and the ability to display over a billion colors. The display looks great, with bold colors and good contrast, and the high resolution certainly helps make streaming from various services, or playing games, look crisp. We watched a few movies and played several games and were impressed with what we saw.

The ace up Xiaomi’s sleeve in making its Pad 5 a useful work device is MIUI for Pad, the software it uses. This is a fork of MIUI, the software used in Xiaomi phones, which in itself is a fork of Google’s Android. While stock Android isn’t quite a perfect match for a tablet’s large form factor, MIUI for Pad brings lots of tweaks and changes to the formula to make it far more useful on the Pad 5’s 11-inch screen.

The 8,720mAh battery in the Xiaomi Pad 5 sounds rather average for a slate of its size, but during our time with the device we learnt to appreciate the actual lasting power of this tablet. 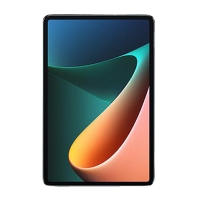 Gizcoupon Review
The Xiaomi Pad 5 is a fantastic all-rounder Android tablet with a good-looking screen, lots of processing power, and well-optimized software. In fact, it’s the best rival to the entry-level iPad we’ve seen so far, especially at a similar price. Our few problems with the tablet are issues that most slates face, like the lack of a 3.5mm headphone jack or the fact that arguably necessary peripherals will cause you to spend more money, but that just shows how well-rounded this slate is.
Display
7.6
Performance
8.6
PROS
CONS
We track Xiaomi Pad 5 11" 6GB/256GB for you and email you once the product dropped below your desired price.
Price Alert