Product is rated as #2 in category Computers & Office
Recommended

The new Xiaomi AX3000 router supports the multi-model hybrid Mesh networking. It uses a new generation of Wi-Fi 6 technology, with simultaneous dual-band wireless speed of up to 2976Mbps. The latter is 155% higher than the conventional AX1800, and the Internet speed is faster.

In addition, the Xiaomi AX3000 router comes with OFDMA technology. It divides the wireless channel into multiple sub-channels (sub-carriers) to form a radio frequency resource unit. User data is carried on each resource unit rather than occupying the entire channel. Multiple users in the segment transmit in parallel at the same time without queuing and competing with each other, improving efficiency and reducing waiting time in the queue.

It is worth mentioning that the 5G frequency band of this router supports 2×2 160 MHz. the latter is twice as wide as the traditional 80 MHz bandwidth.  The connection of multiple devices also has a smooth network speed.

In terms of performance, the Xiaomi AX3000 is equipped with a new generation of Qualcomm chips, specifically IPQ5000. It also has 4 hidden antennas, 4 independent signal amplifiers. And the 2.4 GHz and 5 GHz frequency bands have signal amplifiers. The signal intensity is increased by 4 dB, and the theoretical coverage strength increases by 50%.

As said, due to the Mesh technology, multiple routers can form a mesh network. Whether it’s a large apartment or multiple floors, you can cover your entire house with a super network signal. You can seamlessly plug the equipment into multiple routers and you can play on the go without fear of lag.

In terms of appearance design, the Xiaomi AX3000 router adopts a vertical solution and a cool black cube design. It has good heat conduction and heat dissipation and large channel convection. It also has large heat sinks to effectively reduce the chip temperature and keep the system in a stable operating state at all times. 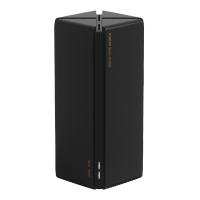 We track Xiaomi AX3000 Router for you and email you once the product dropped below your desired price.
Price Alert