Product is rated as #52 in category Computers & Office
Recommended

Huawei’s innovative dynamic narrow-bandwidth technology can dynamically adjust bandwidth in Wi-Fi weak signal scenarios. The connection is more stable under the same Wi-Fi signal, and Wi-Fi performance can be improved by 6dB. If we compare it with other Wi-Fi 6 devices with no dynamic narrow bandwidth in the industry, one more wall is worn. The Ax3 Pro also uses Wi-Fi 6 intelligent crossover to allow multiple devices to share the same channel resources. 2.4GHz supports 4 concurrent and 5GHz supports 16 concurrent. In addition, the maximum total number of access devices can reach 128.

The Internet function for children can manage the duration and time period of the connected devices and the allowed software. Parents can make good use of this function, or the news of “Bear Kids Rewarding the Anchor” can be less. They can give their children smartphones and tablets for learning. The NFC network connection function is very practical. In many cases, individuals have to ask for WiFi to let people open an NFC account. Then they need to touch it in the lower right corner of the router to connect (Android phones only). This feature is especially used by many families or small shops. 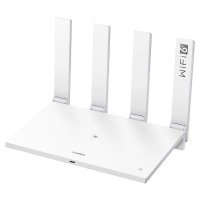 Gizcoupon Review
The Huawei AX3 Pro Router is the new standard that’s gradually coming into smart devices in recent years. It can also ba e a useful product for parents.
Design
8
Usability
8
Features
8
Performance
9
PROS
CONS
We track Huawei AX3 Pro Router for you and email you once the product dropped below your desired price.
Price Alert