In March this year, Xiaomi uncovered the Redmi Note 10 series. Among a few models, the Redmi Note 10 Pro was the most advanced model. This Android 11 smartphone has a 6.67” AMOLED display with a 120Hz refresh rate. The device is powered by the Qualcomm Snapdragon 732G and has a 108MP quad camera. Finally, there is a powerful 5,020mAh battery supporting 33W fast charging.

Its successor, the Xiaomi Redmi Note 11 Pro, is not expected until around March 2022. But we have already got news concerning this device. Well, this is not news but the first renders made by Technizo Concept.

The front of the smartphone designed by Technizo Concept looks similar to the current model. The phone has relatively narrow screen edges, but still a noticeable chin. The centrally placed punch-hole selfie camera is still there.

The Redmi logo is shown at the bottom left on the back, with the text ‘5G’ directly next to it. The camera system has been completely renewed. The placement in the top left corner is comparable. So there is enough space left for the other necessary components. It is a triple-camera system with an LED flash. Two lenses are larger. 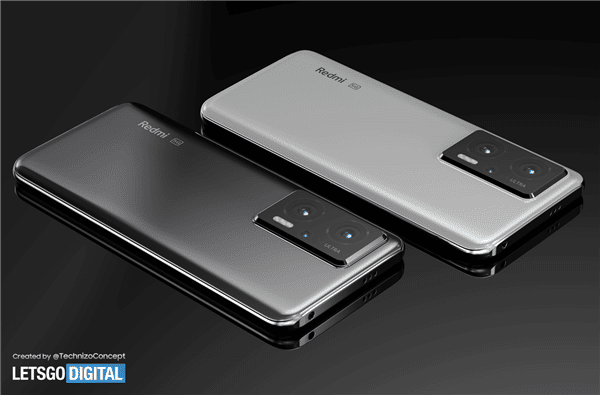 Technizo Concept has assumed that the Redmi Note 11 Pro will be equipped with a 200-megapixel camera. It’s in line with the rumors that Xiaomi will be the first phone manufacturer to use Samsung’s new 200MP camera sensor. It will most likely debut in the high-end Mi 12 series, which will be announced at the end of 2021.

However, it still seems too early to implement a 200MP camera sensor in a budget Redmi Note smartphone. As for the Redmi Note 11 Pro, it seems more logical to use a 108MP camera.